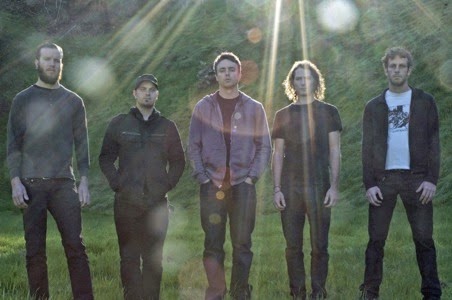 PLEASE NOTE DUE TO THE NAME OF THIS BAND I AM GETTING SOME SERIOUS AND DANGEROUS SPAM IN COMMENTS SO I HAVE RE TITLED IT IN ORDER TO COMBAT THIS THERE WERE OVER 100 SPAM COMMENTS, HOPEFULLY PEOPLE SHOULD STILL BE ABLE TO FIND IT WITHOUT THE BAND NAME. i HAVE ALSO REMOVED THE WORD FROM THE POST AND REPLACED IT BEST I CAN IT MAY MAKE LESS GRAMMATICAL SENSE BUT I HOPE THAT IT ALL MAKES SENSE?


These are a band that i hope will need little fanfare to the readers of this blog they were along, with Neurosis pretty much responsible for the spawning of entire "Post Metal" scene and one half of the mocking musical descriptive term Neurisis!! Also Guitarist/Vocalist Aaron Turner also ran Hydra Head records and over there 15 year existence were home to some of the most interesting technical/experimental metal music that has ever been released.

Emerging with their debut demo in 1998 (later tacked on to the CD version of their "Red Sea" EP) they had a career lasting 12 years and released many great records always stunning and always progressing the band forward. If you don't know Isis then best way I can describe them is take Neurosis, Godflesh, Godspeed You Black Emperor and a big pinch of originality mix it all up and there you have these guys! Whilst they are a band that are way more than the sum of their influences you'd be hard pressed to deny hearing elements of the 3 bands I mention in their sound.

Now first off there will is a case of repeated tracks here because it wasn't till i was sorting out the links for this post I realized that the recently released "Temporal" compilation had almost all the tracks from "Sawblade" EP on it however it doesn't have them all and as it's a bit of a rarity I decided to leave it up here for you. So Not getting into big details here as this is the last of the big discographies i had uploaded so lets get to it... The 1998 demo and the debut "Mosquito Control" EP are both dense harsh listens sheer walls of multi layered, thick, heavy guitars assault the senses for the most part here and they are incredibly accomplished for a band just starting out however on the last track of "Mosquito Control" "Relocation Swarm" is where you can start to feel more of the Godspeed/Godflesh influences creeping in, next EP "The Red Sea" continues this theme tempering the Guitar assault with some more dynamic parts paving the way for debut album 2000's "Celestial" however i feel that of all the material they released this one is the most heavily Godflesh influenced there's still those amazing wall of noise guitar avalanches in there but it's tempered with a more clinical approach and production with sharp industrial riffage and with song titles like "C.F.T. (New Circuitry And Continued Evolution)" and "Collapse And Crush" and the album being broken up by short eerie themed interludes named "Sgnl>01" - "Sgnl>04" well i'm sure you get what I'm saying? This continues throughout the sister EP to "Celestial" "SGNL>05" and this EP also contains a remix by none other than one Justin Broadrick that along with the split EP with Pig Destroyer featuring their version of Godflesh's "Streetcleaner" should leave you ion no doubt as to what page these guys were on in 2000! (their Version of "Streetcleaner" is on the "Temporal" comp link is below)

So getting those early releases out the way it's on next albums "Oceanic" and "Panopticon" where we see them develop their sound further and the albums that would definitely make them front runners in the Post metal scene. Whilst they had always been a talented band even in the early days it's here where you start to notice them getting a real grip on dynamics for example the 8 min opening track of  "Oceanic"  "The Beginning And the End" takes a full 5 minutes to build up before the trademark guitar avalanche this band are known for kicks in however there's some amazing guitar work and dare i say it? Melodies in those 5 minutes! This is an album full of surprises there's a lot of post/prog rock type experimentation going on throughout the album that works really well along side the crushingly heavy parts to make for a totally compelling album. The sister release to this "Oceanic : Remixes" was released as a series of 12 inch singles and then compiled on to a double CD with names like James Plotkin, Mike Patton and again Justin Broadrick among some more even out there artists getting their hands on Isis tracks and making something new out of them... well in some cases it works great in others it doesn't I would most definitely file this under "For completists only"! "Panopticon" sees a further progression of the sound of "Oceanic" however the main things I notice here is that the guitar sound whilst still heavy has a more raw distorted feel to it rather than a thick heavy sound and also Aaron Turner is actually singing in some parts rather than shouting! "Panopticon" is probably one of the albums i listen to the most it's just fantastically done and the dynamics are soaring and as you will hear this has pretty much spawned a whole scene of copyists! next album 2006's "In The Absence Of Truth" was a real shock to me because if I'm honest I had drifted away from metal for a while between "Celestial" and "Panopticon" so "In The Absence..." was the first thing I had heard by them since "SGNL>05" EP. I was sent this by a friend and liked the nice slipcase packaging etc however having a  gap in my knowledge of their progression I had expected an album full of shockingly heavy guitar avalanches and scraped raw brutal vocal attack! Nope! This album though not without it's heavier moments is such a progression even from the last 2 albums that it is staggering! There are some heavier moments but this is most definitely falling into post rock territory not Metal there's stunning build ups beautiful quiet passages and Aaron's vocals are now almost exclusively sung with only the occasional shout to accent heavier parts but if you were expecting super downtuned sludgy guitarwork and screaming then you got nothing coming!! This is one of my favourite albums it's really pleasant listening and the build up to the end of 3rd track "Dulcinea" just makes me want to weep it's just so utterly GENIUS! So final album from these guys 2009's "Wavering Radiant" I get the feeling that though they may have been comfortable and happy with their more sedate last album that heaviness was still close to these guys hearts and on this album they have pulled together the raw sound of "Panopticon" and blended it with the dynamics and sound of "In The Absence..." and it works beautifully this album is a masterwork and the fact that it was their final album is just saddening because it's a great sound a further progression and although saddening it's a fitting testament to a fantastic body of work spanning 10 years plus! So finally in 2013 they released a compilation of B-sides, unreleased tracks and unreleased remixes,demos and rarities called "Temporal" it's a mammoth collection clocking in at 9 mins shy of 2 hours! it would not be fair of me to try and break this down as the collection spans their whole career however i will say for even the casual fan this is essential containing some great looks into the process of tracks from the albums with the demos, their covers of Sabbath's "Hand Of Doom" and Godflesh's "Streetcleaner" and both tracks from their split 12" with the Melvins. so along with the rest of your links this pretty much rounds up all the odds and sods all mastered and put together nicely! The only thing missing is their cover of Melvins "Boris" from the "We Reach.." tribute album but perhaps there's another volume in the works??

So this is in no way a "complete" discography I haven't got any of their live EP's as any followers of the blog will know i'm not a fan of live stuff but apart from maybe one or two bits this is a pretty much complete studio discography. I always felt that tho they had a huge following of their own that being the first of a second wave of post metal (Neurosis obviously get the credit for inventing the style disagree if you must but that's how I see it) I always felt they were kinda saddled with a Neurosis clone tag and nothing could be further from the truth there are a LOT of bands that have a similar sound to them but that is because of their existence not their lack of ideas! they were progressive and unique in their field and it's a shame they are gone because the void has been filled with a ton of bands the majority of which don't have half the ideas or sheer talent and brilliance of this band. One listen to anything from "Oceanic" onward will leave you in no doubt of that.

In The Absence Of Truth - Mediafire