Just a quick note from now on I'm leaving links in their original blue colour and not changing them to red as, sometimes since blogger updated it's format the red doesn't work! Just so you know. Also got a few posts in the pipeline work and life has been crazy hectic of late so my posting has slowed but got a lot of stuff uploaded and drafts done just need a few write ups so expect a few new posts in the coming weeks! 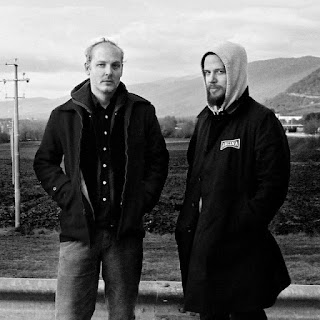 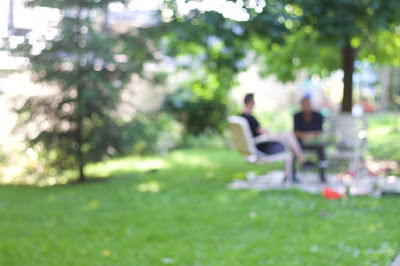 This is the second of the requests I received from a reader and I decided to honor it despite the fact that I am not a big fan of this band it links to other music I have uploaded and I figured I would go ahead and put it up.

I downloaded these albums out of curiosity as I was/am a big fan of Labradford (see post HERE) however it didn't move me that much I will explain why in a moment but first here is a short band history I have taken from discogs.

"Anjou saw reunion of Mark Nelson (2) and Robert Donne of Labradford in their first work together since 2001, joined by drummer Steven Hess.
Anjou released their debut self-titled album on Kranky in 2014. Collectively the members had already made numerous appearances on the label, namely five albums as Labradford, several releases by Nelson as Pan•American (including collabs with Donne and Hess) and a one-off album as Aix Em Klemm by Donne alongside Adam Wiltzie of Stars Of The Lid. Additionally Hess had previously collaborated with Kranky artist Greg Davis on several works.
For its second album (Epithymía, released in 2017), Anjou is down to the duo of Nelson and Donne."
Ok so Anjou are NOT a terrible band I find them quite listenable but when I recently discovered them I was initially excited because I loved Labradford and a reuniting of it's core members was something that for me was an unexpected surprise especially since Mark Nelson had been fairly successful in his career with Pan American. However Labradford had, towards the end of their career, progressed to a sound that was more minimalist and ambient and had little of the dark atmosphere that made Labradford so great and this is where my slight problem with Anjou comes in, whilst they do have a darker atmosphere than later Labradford their sound leans more towards the minimalist/ambient there's simply not enough going on there to keep my interest it is in the same territory as Stars Of The Lid but without the stunning beauty of that sound and for me is less compelling I can certainly listen to Anjou and enjoy it to a degree but it's not something I have listened to a lot and become familiar with like Stars of The Lid and Labradford.

Please do not take my personal opinion too much to heart one mans trash is another mans treasure and all that and Anjou are certainly NOT trash. I have given you both albums in one pack their Self Titled debut from 2014 and second album "Epithymia" from 2017 of the 2 I enjoyed the second one more but both albums are in the pack so you can decide for yourself.

Again don't let my negativity put you off as i said this is not terrible or bad in any way it's just not as compelling for me as other bands of this style and there's only so much dark ambience a man can take! That being said hope that you enjoy this.