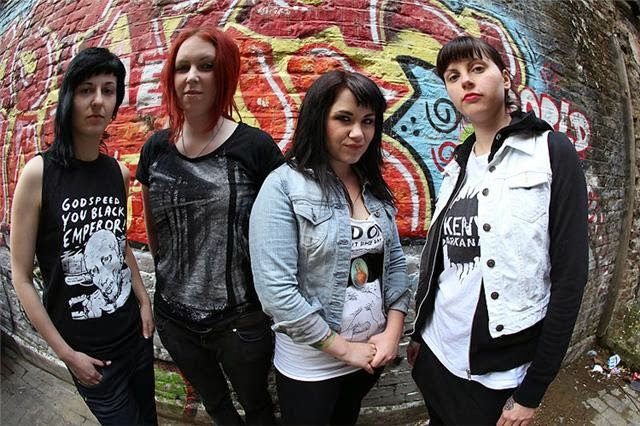 I came across Pettybone purely by chance I was recommended a band called Arboricido (check their bandcamp HERE ) who play a particularly good and heavy style of female fronted modern crust, I made a comment about the vocals sounding a bit like Amy from Auralskit and another friend mentioned the vocalist from Arboricido was called Amy Pettyramone and had been in a band called Pettybone and posted a video I liked the sound of it so i downloaded the one and only Pettybone album "From Desperate Times Come Radical Minds"  and was really blown away! I was obviously attracted by the name Pettybone as i thought it may possibly be a nod to Pettibon as in Ray Pettibon the man responsible for Black Flag's early artwork and flyers and also the "Bars" I don't know for sure if this is the case but this is some seriously powerful and raging female fronted hardcore that intentionally or not is definitely giving a nod to the early SST sound albeit maybe not blatantly as this is way heavier and more intense than anything SST released (with the exception of possibly BL'AST!) there are a few uptempo moments on here but this is mostly mid paced and i can't stress enough how powerful it is! When  i say mid-paced i by no means mean plodding at all,there's also a great variety of styles on display here I hear shades of Guitar Noise, Hardcore, Anarcho punk, Classic era SST bands etc but all put together in a style that is undeniably their own and of course Amy Pettymramone's vocals are just intense this gal can sure HOWL! and some of the breakdowns are just face ripping and utterly shredding! However there's the odd surprise here and there like their 1 min 51secs cover of The Clash's lengthy dub epic "Justice Tonight" which is given a ripping hardcore makeover here and there are plenty of melodic moments to give you a breather from the more intense parts plus the sorta hidden instrumental track ( comes along about 3 mins after the last track ends but is a separate track) "Blues i got nothing to lose" really reminds me of the likes of The Jesus Lizard! I am really struggling for comparisons here as over it's short 30 minute length there's such a great variety of styles on display but as I keep saying all wrapped together in a cohesive package without jumping from one style to the other in a jarring way. This is a highly original intense and powerful album and well deserving of half an hour of your time. 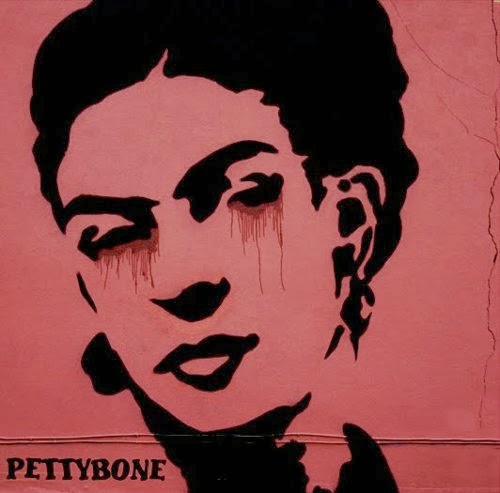