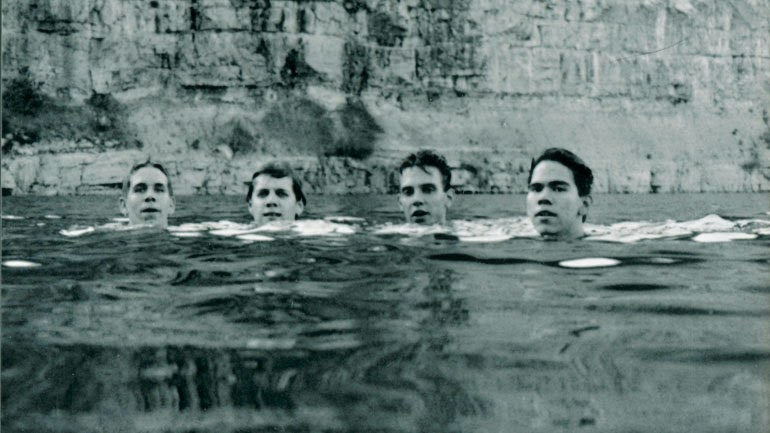 So a band like Slint should really need no introduction their 2nd album "Spiderland" is probably one of the most unique and important albums of the 90's and pretty much invented the sound known as "Post Rock" without them the vast amount of bands who have developed that style would most likely not exist chief among them for example would be Mogwai!!!

I have not the inclination to go into the history of Slint or the individual works of it's members who have been involved in many other influential and important bands since their involvement in Slint or rant on about their importance if you are a regular reader of this blog then you surely must know who Slint are? If not then i suggest you go to the link at the bottom of this post and download immediately and also go to  SLINT wikipedia and read up because the importance of this band on pretty much every facet of good underground music from Indie to Metal cannot be understated even in the slightest.

Slint only existed for a very short time and broke up in 1992 and the material they released was sparse, 2 albums debut "Tweez" a 2nd "Spiderland"and a self titled EP containing 2 tracks recorded between "Tweez" and "Spiderland" however it is quality over quantity in this case but it doesn't stop fans like me wanting MORE!

Slint have reformed once in 2005 to curate an All Tomorrows Parties festival again in 2007 to perform "Spiderland" live at Primevera Sound Festival nothing was heard other than that over the years but in 2013 Slint reformed once again to do a full tour I was lucky enough to catch them on this tour and it was an absolutely stunning performance! To coincide with this tour Touch & Go records put together a lavish remastered deluxe box set of the "Spiderland" album (see pic below) which not only contained a remastered "Spiderland" but also a further 14 tracks of demo's, outtakes and live tracks!!! when I first heard this was happening I was beyond excited because if ever an important album needed a remastering it was "Spiderland" and due to the sheer lack of material by Slint the prospect of 14 extra tracks had me salivating!

There is a bit of a catch tho whilst this is a long overdue revisit to a classic and important album the CD version comes packaged with the remastered album plus the documentary "Breadcrumb Trail" and though you get a download card to access the bonus material to me that's not quite the same as getting a full deluxe CD treatment, in order to own the complete package in physical format you have to buy the deluxe box set which contains no less than 3 vinyl albums, 2 X CD's ( a repeat of the vinyl tracks) and the DVD the problem is this box set is limited and prices start at £150 ($243.00) so really it's beyond the reach of most of us in these austere times. I will also say that though the amount of bonus material far exceeds the actual 6 album tracks and whilst the bonuses are an interesting glimpse into the process of the creation of such an important album and a great listen there's nothing startling here simply some demo versions and rehearsal versions of the album songs which are not vastly different to what was released but they are worth hearing otherwise i wouldn't have done the post.

So this post like the Hard-Ons one i did is simply here because even though this deluxe version has been around for months now and i have been searching for a download regularly since it was announced I had been unable to source one other than those scamming bastards that let you download but then you have to go online and give your personal details to unlock the file etc and finally today i found an accesible one and again it was on one of those horrible file hosts that fuck you around and take forever to download files (who wants to wait for 2 hours for a download NOT me) I have uploaded it to my own account so a download should take no more than a few minutes with no fuss,scams or viruses!!!  to So here instead of a big blurb on the history and importance of this band and this album i shall let the music do the talking below is a link to the deluxe and remastered "Spiderland" in glorious 320kbps quality it's a stunning and utterly peerless album and without it underground music as we know it would be much different..... 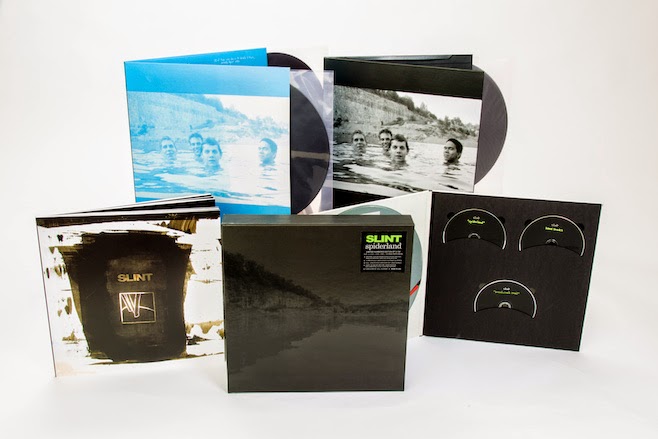