WIRE (A WORK IN PROGRESS) 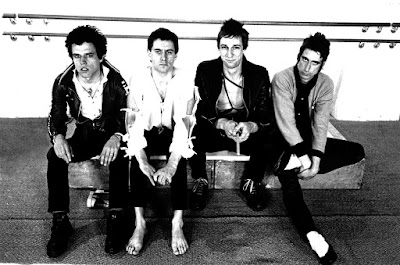 For my money Wire are by far and away the best band from the 1976/77 explosion of punk, a bold statement I know and I am sure many punks will be shouting at their computer screens right now, While I struggle to listen to the almost pub rock sounding strains of "Never Mind The Bollocks" and generally struggle with a lot of bands and albums from that era,  I've always found Wire to be the best of them always forward thinking and original their debut album "Pink Flag"  which, for the time, contains a whopping 21 Tracks they really did take the shorter,faster,louder thing seriously! Wire were different from their pers because they tempered the rage and vitriol of their punk peers with a deep sense of melody , great structure and crafting brilliantly catchy "pop" songs within a punk framework, they did more with songs clocking in at under 2 minutes than anyone else i can think of, Oh.. and Wire could actually play!!!

Wire were a band for never standing still as soon as a an album came out they were already touring primitive versions of the next album eschewing almost any older material and they were a very progressive band. Though Wire are still going today and have remained a band pretty much for the last 40+ years and their current output is great it's their era on Harvest/EMI which will always be the best era for me the trilogy of albums they did from 1977 - 1979 "Pink Flag" "Chairs Missing" & "154" respectively were astounding (as were the attendant Non-Album singles that came out around that time as well) and testament to their genius their music has not dated and remains influential to this day.

Wire are a band obviously aware of how important their back catalogue is they run their own label Pink Flag which has reissued many live albums and various other things from their long career and their first 3 albums have been reissued a couple of times and remastered already which brings me to the point of this post.

In 2018 with little fanfare or at least I didn't hear anything about it Wire did some massively expanded, deluxe, hardbook cover reissues of the first 3 albums.whilst this is exactly the kind of treatment any fan would be crying out for but with a price tag around £25 - £30 a set which is not too bad for what is on them and the great packaging but to buy all 3 one would need around £75 which is a lot by anyone's standards.

So having been reissued multiple times what's so good about these sets? Well Firstly Pink Flag has been expanded to 2 discs and both Chairs Missing & 154 have been expanded to a massive 3 discs containing not only the Singles from the albums but also ALL the demo recordings from the era. Pink Flag contains the first 3 studio demos from May & August 1977 plus some alternate mixes of the album tracks, however both Chairs Missing and !54 have seen a massive expansion 154 Contains the album plus a second disc of the singles from the era and a 3rd disc of the 4th, 5th and 6th demo sessions a whopping 26 tracks, 154 has seen a similar treatment with a 2nd disc of singles,including the 4 track 7" that came free with the original vinyl pressings of the album and a 3rd disc containing their  6th demo which is 16 tracks.

Whilst normally these sort of demo expansions would normally not be that exciting a prospect for me Wire are a band who have consistently morphed their songs from the demo stage to when they eventually become an album track for example have a listen to the demo version of "The Other Window" from 154 it sounds more like an outtake from Chairs Missing than the final album version. so in this case the demos are totally worth having.

So here you go all 3 2018 multi disc expanded and remastered versions of the first 3 Wire albums I have decided this is going to be a work In progress I am going to expand this post further but as i already had these albums uploaded I thought I'd go ahead and start the post now and update it over the coming months with more music. For me this is the absolute CREAM of Wire's output and all 3 of these albums are definitely given heavy rotation here even before they were expanded  and if you are new to Wire i cannot recommend a better place to start than with these 3 astoundingly great albums!