My Girlfriend is an absolute goldmine of music she is very clever at finding the most obscure and unusual and also great bands a good portion of my non heavy type music comes from her and she is pretty much on the money 90% of the time! This goes for her siblings as well so this post features 3 bands that I got to hear because of her and her brother! There is no "real" link between these bands however bear with me....

Around the end of 2010 my girlfriends brother told her to check out a band called The Soft Pack we subsequently bought it and found them to be an irresistible combination of memorable indie/punk with great songs and hooks and we utterly blitzed the album for about a year!! in 2012 she heard a band called Cloud Nothings who were in a very similar vein to Soft Pack and again we bought it blitzed the album for a year! This year she heard a band called Parquet Courts who were in a similar vein to Soft Pack and Cloud Nothings and subsequently.... You get the idea??

So i was struck by the fact that since discovering The Soft Pack (tho the album came out in 2010 we didn't get onto them til 2011) each year till now we have discovered another band who are utterly great catchy memorable indie/punk and really similar in sound to The Soft Pack but it wasn't a case of mere copying from the latter bands both Cloud Nothings and Parquet Courts had careers dating back a couple of years.I just found this to be a strange coincidence there are probably millions of these sorta bands kicking around but to discover a band that you love then each year to discover another band of a similar ilk who were just as good seemed like a strange coincidence to me and in the spirit of trying to give you some different music i thought i'd present them to you here!

Ok so first up we have the band that started this The Soft Pack hailing from San Diego, California these guys had already fairly well established themselves under their original name The Muslims having released one LP and a couple of singles but for obvious reasons they changed their name to The Soft Pack. Their back catalog is confusing because there are songs from The Muslims era that have been released under The Soft Pack name then the Muslims album and singles were repackaged as a comp called "Extinction" and released under The Soft Pack name etc etc but here i am going to give you their debut album proper as The Soft Pack because it really is the best of all their material. There's not many albums of this style that would really grab me, this is Indie/Punk with great melodies and obviously has taken it's influence from great bands like The Fall and given it a sunnier Californian perspective however there's enough edge with the melodies and hooks to have you grooving in no time every time i play this album it never ceases to put a smile on my face and leave me with multiple melodies from it's catchy songs in my head for days! I guarantee that even the most jaded and po-faced of musical fans will find something that will catch your attention here. This as an album without a bad song on it it's catchy and fun but also has a serious edge to it and loads of great surfy licks in amongst the brilliant tunes and choruses each song is as good as the last and i can't recommend this album highly enough! Go.... 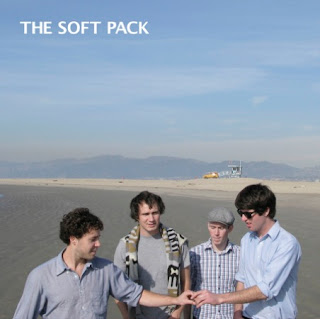 Next up we have Cloud Nothings from Cleveland Ohio,with their great 2012 album "Attack On Memory" first off it's produced by the mighty Steve Albini so the sound is GREAT! This is actually their 3rd album as well as a few singles and a couple of split tapes however this in my opinion is the best thing they have done so far the similarity to Soft Pack is not immediatley apparent as opener "No Future/No Past" is a slow building number charged with emotion and second track (and my personal favourite) "Wasted Days" is a near 9 minute epic which is also a builder it builds up and down and up again with utterly irresistable hooks and melodies! However it's the remaining 6 tracks where you will understand why I considered Cloud Nothings to be 2011's "Soft Pack" again you get great loud and guitar driven indie/punk and I hate to keep using the same words but again great hooks great melodies and utterly memorable songs! This is a great album I especially like the fact that they didn't just do 10 or 12 tracks of the 3 min indie/punk songs and that the opening 2 tracks show a depth and maturity far beyond the grasp of most bands who play this kind of music. 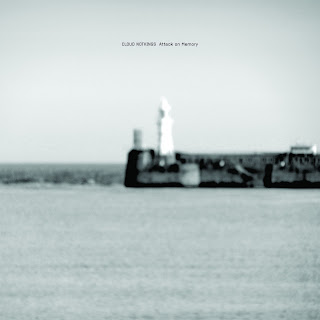 SO lastly we have Parquet Courts, from Brooklyn NY but they sound like they come from somewhere in England around the mid 80's! These guys had only done 1 tape in 2011 preceding this album "Light Up Gold" so they are quite a new band this album is from 2012 but we only got to it this year so that makes them "2013's Soft Pack" ha ha! Hope everyone is getting this thread here! It makes sense to me but... anyway back to the band so I've no more adjectives here if you liked either of the other 2 albums here then i 100% guarantee you will like this one! More really memorable uptempo and catchy indie/punk which utterly reeks of late 70's English "punk" and early 80's English indie I defy anyone to hear the first 2 songs on this album and not have them stuck in your head immediatley! I've banned myself from listening to this anytime i'm working as 8 hrs with tunes going round your head with no way of listening to them is killer! This album is just chock full of great guitar lines and songs and is entirely deserving of your attention! 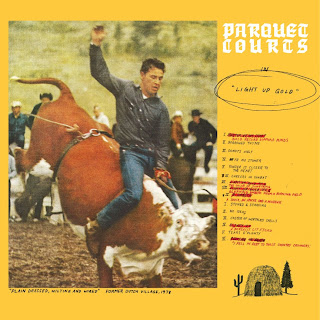 Ok there you go 3 albums of a similar style and all as good as each other, I apologise for my lack of great descriptions but this type of music isn't exactly my forte much as i love it I don't seek out this kind of stuff but when I hear something i really like and it grabs me I don't really care for the history or the scene it's from or anything else, i just like it a lot and i want to share it and hope that other people will like it too! so i lack the comparisons to give you more of an idea of what they sound like I'm just trying to stick some different stuff that i love on here  that hasn't been on here before the great 4shared ban of ought 13!!! Please also note that  i use the term "punk" in reference to the bands who in the late 70's had moved away from the snot nosed spitting and spikes bullshit had matured and become great melodic and interesting bands think Buzzcocks, Wire, The Adverts etc Hope some of you check this out cos it's great uptempo guitar music that is thouroughly enjoyable and not too taxing on the ears, ENJOY!
Posted by Dave Ballantyne at Saturday, July 13, 2013