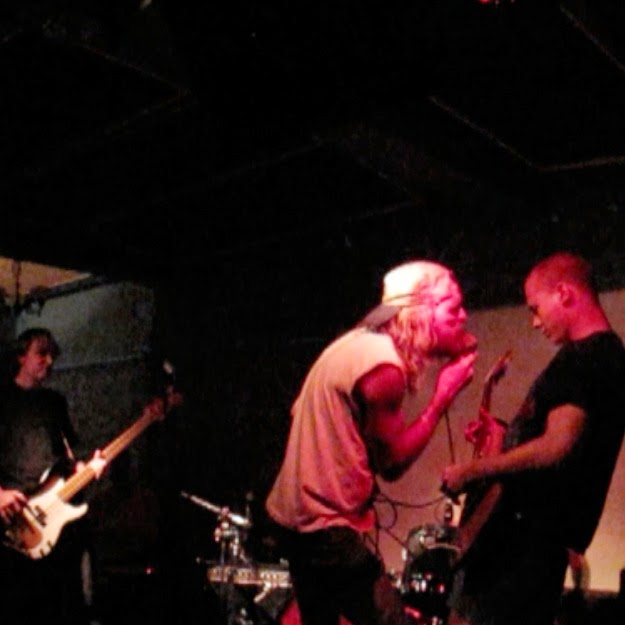 Henge are a band from London who i knew nothing about till recently I received a message about an upcoming local (Liverpool) gig featuring Portuguese heavy psych band Black Bombaim who I strongly recommend you check out, Local stoner/psych masters Mind Mountain (who I hope to do a post on soon) but the opening band was called Henge who as i said were unknown to me, so I checked out their bandcamp page and they had a 4 track demo available to download free so I downloaded it and I was shocked by how utterly GREAT this band were....

I have listened to this Henge demo MANY times since downloading it's been one of my favorite listens since i got it but I find it hard to categorize them as to my mind they have a pretty damn original sound they are sorta slow to mid paced with a really dirty fuzzy guitar sound and a nice deep clean bass (switching to distorted in the right places) providing a great bottom end and whilst these traits would seem to be fairly common the riffs and song structures are most definitely not! what I also like about this band is that their singer has a unique vocal style which reeks of tortured anguish and  "don't give a fuck" but not in the punk/metal/thrash sense of screaming and shouting about it you can easily understand what he is singing about! And the combination of all these elements is a truly great one!

This band have a proper despairing feel to them the songs feel like they are coming from a sense of anguish and desperation but instead of being intense and uptight about it it feels more like these guys have resigned themselves to their fates and have decided to form a band to play songs about it! I don't know why but whenever I listen to Henge i get images of road movies and obscure biker films in my head! I doubt that was their intention but I could well see these guys sound tracking some low budget violent movie of that type!

I'm not doing a good job of describing this band here i just read back what I've wrote so far and i have decided i have no idea how to give you a firm idea exactly what they sound like I have been listening to them whilst I have been typing this out and I'm still not able to nail it and i think that's a good thing bands make it too easy these days to simply pigeonhole them because most bands are pilfering stuff from elsewhere so you can easily say they are this, that, whatever type of music and there's not enough bands around these days that defy easy categorization but Henge are most definitely one of them! So what I will say is if you like your music dirty, despairing, fuzzed out and with just the right amount of "heavy" I would most definitely say these guys are for you!

You can download their demo free from their bandcamp page HERE however there are 4 tracks and you have to download them separately so i decided to package them them up together for you and upload them to mediafire for your convenience and so you have no apathetic excuse to go "Ugh you have to download the 4 songs separately I can't be arsed" but do still check out their page. They are also on facebook HERE where you can get all the up to date info on what they are doing.

I'm so glad i discovered this band as I had no idea they existed till i heard about the upcoming gig and it was mere curiosity and wanting to know some of their songs before i see them that made me do so because I really like this demo a lot and have played it to death and I am also stoked that now i know ALL of the 3 bands on the bill are great making it a potentially brilliant night. Do yourself a favor give your ears a treat to the Henge demo.ENJOY!