THE BLOOD OF HEROES & SUBMERGED 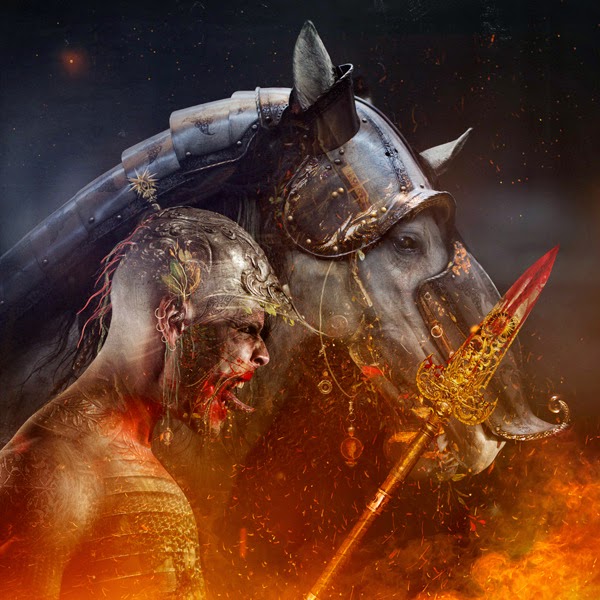 Ok so this post is a bit out of left field here and another one of those ones that I am putting up here more for the internet than just my specific audience! We have two artists that are linked so one justifies the other read on.....!

The Blood Of Heroes came to my attention because it was a project featuring Justin Broadrick (See posts On his remix work HERE & as Jesu HERE) who readers will know i am a big fan of however upon investigation I also found among others I hadn't heard of at the time Bill Laswell was also involved and as he is a MASTER of the bottom end i was sold! However when their first self titled album was released it was a real shock to me blending elements of Drum 'N' Bass, Dub, Industrial, Justin's Trademark Guitar and occasional vocals plus a serious bottom end provided by Bill Laswell's organic along with Kurt Gluck (aka Submerged) & Lynn Standafaer (aka Enduser) Electronic bass making for some serious speaker quaking!!! Most of the vocals throughout the album are provided by Dr. Israel who I know nothing about but who appears to come from the New York Illbient/Drum 'N' Bass scene and his rough mc/dub style vocals work well with the other elements.

I'm going to say right now that this is not the kind of stuff I would normally post on here and without Laswell & Broadrick's involvement this would be more of a  standard Drum 'N' Bass type album however the mix of the Organic and Electronic elements works in this bands favor and of course Justin's guitar work is stellar and heavy and he has never made a secret of his love of breakbeats (see some of Godflesh's later work and his side project for evidence) but if like me you are open minded and willing to give something new a try then these are definitely for you. Plus all the members of this band whether primarily or occasionally have been involved in making electronic music as well as playing in bands.

I have given you both of The Blood Of Heroes albums (their self titled album from 2010 and the more recent "The Waking Nightmare" from 2012) to date plus the Remix album "Remain" which accompanied their self titled debut which features remixes by Justin Broadrick, Bill Laswell, Enduser & Submerged (all 4 are members of The Blood Of Heroes) plus further remixes by the likes of Dälek (awesome producers/artists in their own right) and due to the involvement of 4 of the members is more of a de-constructing/re-interpretation of the album than a standard remix affair and works really well.

I am trying to broaden the scope of the blog and not just post heavier guitar based stuff all the time as i have said many times to say my tastes in music are wide ranging is an understatement and i do go through phases of listening to different music and if i like it enough it merits inclusion in this blog and i felt it was long overdue that some electronic based music was represented and the involvement of Justin Broadrick and Bill Laswell in this project made this an ideal starting point!

So I will can the chat and let you check this stuff out for yourself here's your links...... 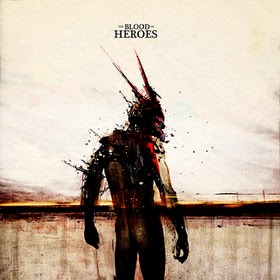 The Blood Of Heroes - Mediafire 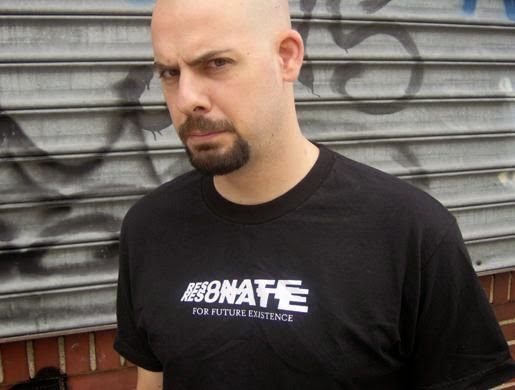 So this leads me nicely to the 2nd part of this post which is what i was referring to at the start about this post about it being for the internet rather than readers of this blog so i shall explain further.... basically The Blood Of Heroes part of this post was put here because I actually wanted to a post on Submerged (aka Kurt Gluck pictured above) however i felt without The Blood Of Heroes part it would make less sense as to why I am doing this post!

As The Blood Of Heroes is made up of people who all have careers in their respective fields of music and i was already aware of the work of Justin Broadrick and Bill Laswell i decided i would check out the work of the other members as I liked the music behind Blood Of Heroes a lot so this led me to discover Submerged, now let me be clear Submerged are a straight up Drum 'N' Bass project and is the main moniker for the majority of Kurt Gluck's musical output now whilst i like most people who have had a lifelong passion for music, since it's major breakthrough in the late 80's/early 90's it would be impossible to have avoided dance/electronic music it seeped into almost every part of musical culture and still does even to this day and I was heavily involved in that scene through the mid - late 90's and still have an interest in it today however i am extremely choosy about what i like and rarely if ever check out anything new (most of the dance/electronic music I like is stuff i was into at the time and not really anything recent) however I did decide to check out Submerged as i liked the name and figured if Justin and Bill would work with him he must be doing something pretty good! and i was right although he does make Drum 'N' Bass/Breakbeat type music he does it with a wholly different and unusual approach and has a dark and nasty edge to it which appealed to me immensely.

When i started looking for some Submerged music I could only find "Pay" downloads (at the cost of $10/£6.50 an album) so i used this nifty little site I have as a last resort for finding individual mp3's if i can't find a rar of an album and i had to download almost all of the music in these links track by track from there then i had to pay for "Ghost Dope" (though at nearly 2 & 1/2 hrs long i think the $10 was justified) so as i said this is a "give it up for the internet" here's all the (digitally) available Submerged stuff free of charge so you don't have to spend the best part of 2 days like i did finding the mp3's compiling them etc....

So what you get below are his two "stand alone" albums "Before Fire...." and "Stars Lights..." plus "Ghost Dope" which is a 2 & 1/2 hour compilation of tracks culled from his vast back catalog of 24 12" vinyl releases (the 12" being the primary format for Drum 'n' Bass and dance music) then a further compilation from the vaults "Violence As First Nature" which has a further 15 cuts from his back catalog and also comes with a bonus DJ mix featuring all these tracks plus another 13 tracks seamlessly mixed by the man himself. However it does not end there purchasers of "Before Fire..." were given a free download from the label (Ohm Resistance) entitled "Before Fire...Supplemental Material" which has a further 2 tracks plus a 31 min track by someone called Robert Mariani entitled "Astral - Cassette Tape #01 (1985)" I cannot find any information about what relevance this artist or track bears to Submerged or the album but it's in there should you wish to check it out. And "Stars Lights..." contains a bonus remix of one of the album tracks.

So just quickly i want to say that there is a lot of regular if above average drum and bass type stuff here mainly on "Ghost Dope" which is not surprising as it is culled from 12"'s mainly targeted at a club environment however both his albums plus the "Violence As First Nature" comp contain some insanely nasty,grimy and intense stuff which puts me in mind of some of Aphex Twin's more crazy stuff and his cutting up of beats is just nuts as well as some of the intense bass,noise and just general electronic brutality that borders on the industrial. I have listened to it on my mp3 player this week and it was just great so that's why I decided it was worth blogging I really feel you don't have to be out of your head on drugs on the dancefloor to enjoy this stuff it is varied and interesting enough to stand listening to at home.

So here you go my first posting of purely electronic music I have spent more of this post justifying and explaining why i posted it rather than describing the music I guess that's just my personal guilt that i have posted so much heavy stuff here that I feel like I had to explain also i don't really know how to describe the depth of a bass tone or how good the TB303 waves and 808 beats are I only know i liked it a lot, it provoked a positive response and that's why it's here, In closing i will refer you to a qoute from the very 1st post on this blog .....

"The main thing is to have no expectations of this blog because even I don't know what I'm gonna put on here yet you can expect to find anything from acoustic and experimental music to jazz and grindcore whatever I'm enjoying that i think is worth sharing I'll put it on here I place no labels on myself or my music tastes."

So there you go more justification ha ha here's hoping i don't lose the majority of my readers and some people will enjoy this crazy music....

Before Fire I Was Against Other People - Mediafire