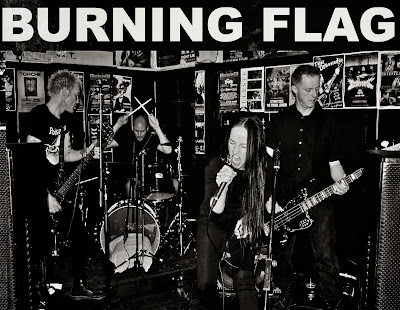 Burning Flag are a band I have been following since pretty much the beginning some of you more astute readers may remember the glowing review I gave their 3 track EP last year (If not See my posts HERE ) Well Burning Flag have been recording their debut album over the last few months with Chris Fielding at Skyhammer Studios when they just received the final mastering done by Brad Boatright of oft mentioned Audiosiege studio (both of whom have done a great job because this album sounds HUGE!) and they decided that they would like me to have the exclusive first "media" review and preview so before i even start i want to give a heartfelt thanks to them for being good enough to give my shady little blog the exclusive on this and you readers should be thanking them as well because you get to hear 3 tracks, my personal picks from the album exclusive right here on UTS!!!! 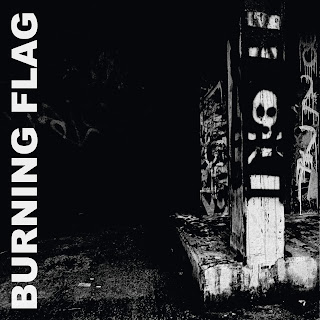 I will begin by saying this has been one of the most anticipated albums of the year for me and DAMN it was worth the wait.... Burning Flag have shown a lot of progression here even considering they are a relatively "new" band and this being their debut it's definitely proof that if you want your album to sound good you have to work at it and these guys have definitely done that! Always practicing and gigging (with the likes of Agnostic Front, Extinction Of Mankind ,GBH and Subhumans to name but a few) and once you get a listen to the 3 tracks I have picked out of the 9 from the album you will see that this hard work has definitely paid off....

...Opening with the sounds of riot and a really realistic sound of crackling fire (what I can only assume to be a torched flag at least that's the picture i see in my mind) MD screams "BURNING FLAGS ON BATTLEGROUNDS" And the adrenalin immediately begins to pump!  "Burning Flag" is a great opener, a mid - fast paced number that immediately pulls you into the album and what is instantly impressive is the guitar tone it is thick and supremely heavy without falling into that "so-downtuned-it's-killing-the- riffs" territory which along with the bass gives the album the serious bottom end required and the trade off male/female vocals throughout give this song a really intense feel, like these guys just grabbed you by the scruff of the neck and dragged you in for the whole ride!

Next up is the testament to feelings of rage that is "Crash And Burn"  (Which you can get an exclusive listen to below) opening with a dramatic driving riff and some great drum work from Matt this song continues to spiral upward until breaking down to just gentle tom drum and Md chanting "I Know I'm Real At least I've That" over and over like a mantra and makes you feel like you are listening to someone looking in a mirror and desperately trying to convince themselves of their own existence and sanity before the riff thunders back driving you upward and just coming to a full halt leaving you feeling battered and bruised in the way only music as great as this can.

It's moments like these that showcase the fact that whilst intense and heavy Burning Flag are bringing something entirely fresh to Punk/Hardcore/Noise/Metal/Whatever. The blend of different influences on display here is refreshing whilst there are flourishes of the familiar throughout, like for example the way the riff changes subtly about halfway through third track "Nightmares" taking it from a barreling heavy hardcore riff to something that reminds me of GBH in their early 80's (though way heavier) but if you weren't paying attention it's gone and back to the barreling main riff and bridge before breaking down into a neck snapping heavy ending that reminds me of the best of sludgy grooves whilst MD just roars over it!

It can't be stated enough that this album is a really compelling listen there's high speed intensity from the likes of "Broken" which over its just shy of 2 minutes throws you in the pit and just slams you to the floor whilst this, I'm sure, is a route Burning Flag could have easily taken churning out a dozen variations on a theme, it is their reluctance to do this that separates them from the pack. Take "Parasites" (One of my personal favorites and again you can get an exclusive first listen below) with it's tribal pounding drums which (seriously) remind me of Adam and the Ants (on Steroids) that is of course until the understated yet menacing riff kicks in and MD's almost spoken rhythmic style here gives this song a real sassy groove that is until you hear what she is saying...

then it takes on a whole different vibe! It's a song that while builds brilliantly into a supremely heavy peak it makes me wanna get up and bounce more than it does wreck shit! Then there's the "stop start verse riff in "A Code To Live By" that takes the template set by the great early stuff of bands like Helmet and Godflesh and just dirties it up making for a real nasty sound! Or the bridge riff of "Early Graves" that tempers it's heavy verse riff with a "melodic" run that actually puts a smile on my face! No bad thing for an album chock full of punishing riffs!

However it's last song the dramatic and longest on the album "Wretched" clocking in at over 5 minutes that really showcases the maturity of the songwriting on this album opening with a strum of chiming guitars that put me in mind of early PiL or early Wire the song opens out into a supremely heavy and slow riff which repeats throughout the main part of the song it just pins you to your seat it's such a serious sound, this builds to a fast part that breaks out with some real dischordant industrial Voivod type riffage before moving into one of those great barreling riffs that to me, are becoming a BF trademark, before crashing to a shuddering halt and closing the album out with some eerie noise and what sounds to me like a cell door slamming shut! I hope they plan to play this live because i for one can't wait to here this crushing tune at ear hurting volume! I'm reading between the lines here but opening the album with the sounds of rioting and closing with the sound of a cell door slamming well I think it's pretty clever.

It can't be said enough how well everyone plays their parts on this album from the absolutely amazing vocals from MD who has really used her voice to encompass more than just mere "shouting" here, going from almost talking to screaming to, in fact, damn near "singing" to the stellar riffage and back up vocals from Jonesy on Guitar underpinned by the engine room of Mark & Matt on Bass And Drums respectively, providing a solid and intense backbone to this great sound. Whilst normally with "heavy" music it's either the speed, the vocals or the guitar that commands attention here, everything has been given a voice and as much as the production has played a part in that I also think it's the fact that these guys are a solid unit and play well together.

This is an absolutely amazing 5 star, 2 thumbs up 10/10 album here the variety in pace and style keeps the album from becoming A.N. Other "Heavy" release and also keeps your attention focused because it's such a powerful sound it's really hard to drag yourself away from it once you hit play you're in till the end!  I personally have not found myself becoming overly familiar or wanting to reach for the skip button even once throughout my MANY repeated listens of this album, I have also found that I keep hearing things that I hadn't noticed before as well it was only after repeated listening that i had noticed some of the touches I have mentioned in this write up making this an album that will stay with you rather than something you will listen to a couple of times and forget about and again this is because BF have made each song memorable it's not just something that washes over you I have found myself even humming the riff from "Parasites" a couple of times!!!! Also it has to be said that these guys deserve respect for their commitment to the underground scene otherwise you wouldn't be reading about this album first here on this blog!

In closing I want to say that I predict that when this album comes out that Burning Flag are gonna be a name on any if not every fan of "heavy" music with even the slightest of good taste and it came as no surprise but was definitely good news to me that these guys have a spot on the Boardie Takeover event at Download festival this year (see HERE ) Because a band as good as these need to break out a little (or a lot) and be heard by more people other than just say a small gathering of Punks and Hardcore fans because i can say for definite whilst not Pigeonholing them in any way that the modern metal crowd are gonna eat this album up!

Below is the three tracks I picked for you on my first listens to this album as my favorites however on reflection and repeated listening I could not pick a favorite now as there is no filler on this album every song is great but these are as good as any to give you an idea of what to expect and one listen to these 3 and i can guarantee you'll be straight to google using the keywords "burning" "flag" "album" and "pre-order" yeah it really is THAT good!

Burning Flag's Self Titled debut album will be self released by the band on their own Broken Records imprint this summer it is coming out on CD and limited vinyl. 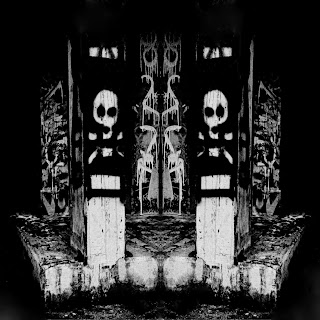 (cover for the limited vinyl release)

Below are links to their homepage and facebook page go check these out and like their facebook page for more up to the minute news on gigs and the release of the album.

Also you can still get a digital (and Possibly) physical copy of their AMAZING 3 track debut EP at bandcamp....