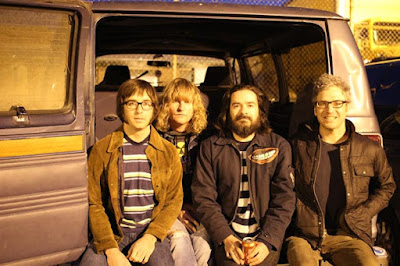 *NOTE* Due to a polite and reasonable request from a member of the band I have removed the links for their s/t debut which you can pick up from iTunes and the free "House Of Whispers" EP (I have replaced it with a link to their bandcamp page) it has always been my blog policy to remove links when given a reasonable request to do so.if you like the Slappy Sunday EP which is still here for free the go BUY the debut and "House Of Whispers" and show them some support.


These guys were probably one of the best things I discovered last year though their debut album was originally released in 2013 I only bothered to check them out as I had discovered that i was liking a lot of stuff on Tee Pee records (Check them out their website HERE their history goes back to 1993 and pretty much all my favorite music in the last 2 years has been released by these guys) and they were among the last i checked out as i didn't like the sound of the description!! Time to kick myself these are one of the hottest rocking bands I have ever heard!

Taking their cues from all the best music and bands they love from the 60's and 70's they have elements of psych, stoner,70's rock and all built round a hot rockin' garage rock sound! top that with a vocalist who can utterly wail and is not afraid to let loose with a blood curdling scream now and again and has definitely been listening to some classic MC5! Every song on their debut is 100% essential they can be barreling along at a good pace and then drop you into a beautiful psychedelic passage for a couple of bars before heading into a blistering solo and back to the rocking and to say these guys can play is an understatement they have such a tight well practised sound and the production is just perfect warm analog and vintage sounding but sharp as a tack! It's not all four to the floor rocking take the centrepiece of the album the near 8 minute "Lady Of The Lake" equal parts Led Zep, Prog Rock, 60's Rock, building to a massive climax and ending with a spoken word piece over some deft bass plucking and building to another climax before closing along with the rest of this amazing album this song will just leave you stunned! One of the things these guys really have a grasp of how to build a song up and when to hit it hard and when to ease it back and they do thito perfection! Whilst these guys obviously look to the past for influence, I hear so many great artists of the 60's and 70's in their sound but whilst you go wow that sounds like.... it's the feel and the sound of the music rather than any kind of riff stealing I have never heard anything else like this band their combination of sounds and styles is completely and utterly compulsive I am actually listening to the album as i type and it is the first time in a few months because I was playing it to death for almost a whole year and had to stop myself from listening to it because I feared sickening myself of it! I want to get up and boogie every time i hear this album it's just SO fucking good!

Their recent "House Of Whispers" mini Album and their "Slappy Sundays" EP (which was given away free under the wing of Scion A/V who have championed a lot of this kind of music not bad for a car company!! Go check them out HERE a little rooting around will find you a ton of freebies) The 5 Track  "House Of Whispers" is also a killer listen whilst the guitars are a little more fuzzy and the production isn't as warm (not bad production as such just not quite as vintage sounding as the album and that is NO complaint) the songs are just as amazing and well written and the syncopated bridge of the "Ballad Of Heckler Hill" reminds me of "Pink Elephants On Parade" from the Dumbo movie and is so fucking COOL!  "Slappy Sundays" continues in the same HIGH standard as the rest and has killer tune after killer tune opener "Slappy Sunday" is an uptempo garage tribute to the skateboarding these guys obviously love so much! "Expectations" reeks of classic Who mixed with some great 60's pop melodies and it just continues from there!

I can't say enough good things about these guys they are infinitely talented in both their musicianship and their ability to create utterly amazing songs that memorable and just stunningly good yet they seem to be one of the best kept secrets in rock 'n' roll they have 5,558 likes on their facebook page which i think is ridiculous they should be playing venues to crowds that size never mind that being the majority of their fan base! i suppose that's the way of the world talentless bands who write derivative fucking mental baby food rocket to popularity whilst bands with serious chops and great songs languish in the underground! Here's hoping that this post might go some way to remedying that because these guys deserve to be heard by more than 5- 10,000 people they've obviously worked hard at what they do! Anyways one thing I've not said about this band is on top of all the other things I've said this is most definitely "Feel Good" music and conjures up sunny days and positive vibes so go get this album out and feel the involuntary response of a wide grin creep up on your face! 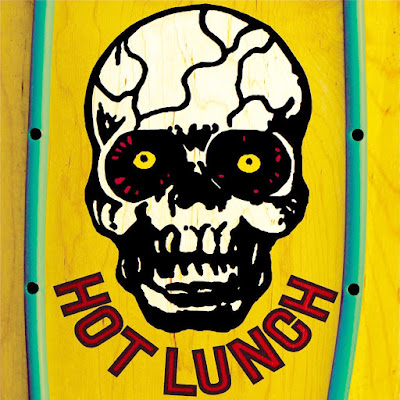