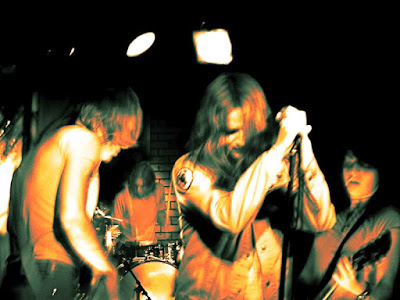 Parchman Farm I came across by virtue of  them featuring Eric Shea pre - Hot Lunch (See my post on them HERE ) and after Caning all the Hot Lunch stuff I was thirsting for more of the same, enter Parchman Farm. They were a short lived band they only released one self titled EP and then posthumously a second EP entitled "Lost Tapes" a total of 10 tracks and that's all she wrote.

I decided to do this post on this band because, firstly I found it ridiculously hard to find anything to download by this band to the point I ended up having to buy the EP and pay for an EXPENSIVE download of the "Lost Tapes" EP and secondly because this band were TOO good to languish in relative obscurity!
Now even though they have Eric Shea fronting them their pedigree does not end there members Carson Binks and Allyson Baker have played and do play in such great bands as Dirty Ghosts, Wild Eyes (S.F.) And Saviours to name but a few so as you can guess these guys are pretty talented and well schooled at rocking!

Obviously having a vocalist who has gone on to another band it's impossible to not draw comparisons especially as Parchman Farm are drawing from a similar musical palette as Hot Lunch, however what separates the 2 distinctly as while still having a warm and vintage sound these guys sound is drawing deep from the blues! Whilst still having plenty of rocking tunes there's a more laidback approach here which makes for a great listen peppered with harmonica and plenty of great guitar work! There's also some great vocals especially the dual vocals from Allyson Baker & Eric Shea in there that just reeks of those great 60's and 70's rock bands and there's sleazy riffing by the bucketload the kind that just makes you smile and screw up your face in approval! I can't see how anyone couldn't love these great tunes and it's a shame they didn't record more!

I'm sorry to say there's not a lot more I can tell you about this great but short lived band except that i rate them highly and you should check them out and I'm glad I can now put this on here for everyone rather than you having to spend hours and a wad of cash to obtain these outstanding tunes! 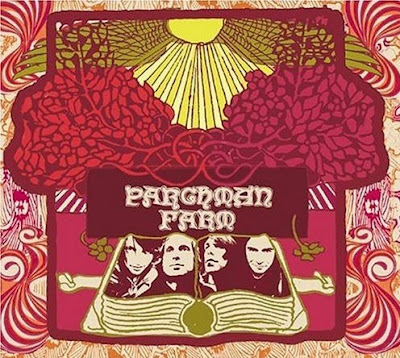