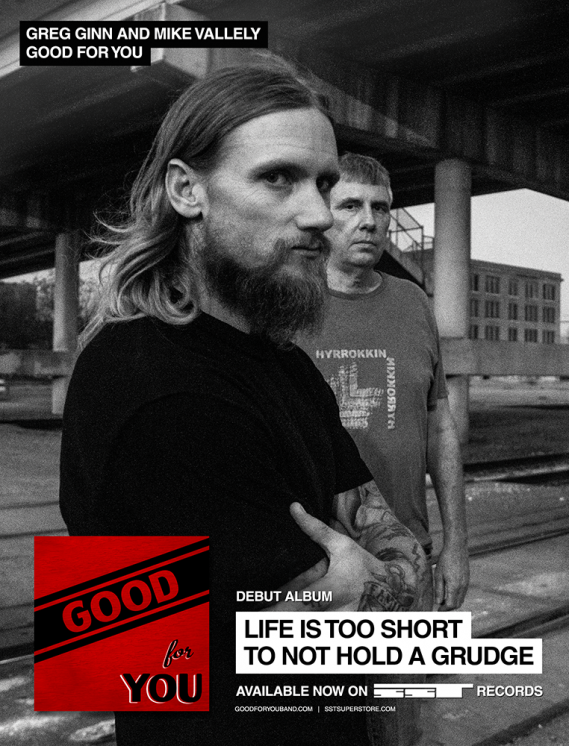 So does anyone remembers the SST posts that started this blog (All killed by those 4shared bastards) well if not Then recap.... I've no love for Greg Ginn as a person his alleged mismanagement of the SST bands, Back Catalog and recordings themselves etc effectively killed what started as a very bright, new and innovative hardcore/guitar/punk label! By the end of the 80's you were lucky to get 1 gem in 5 from SST when there was a time when EVERYTHING SST released was essential, then there's the abortive rebirth of Black Flag in  2013 and the awful album and it's cover! Anyhow I could go on forever but I won't it has to be said tho having been the only consistent and original member of Black Flag that and some of his other work like his 3 solo albums and the first 2 Gone albums to name but a few well for the most part... I utterly love the sounds this guy gets out of a GUITAR! He has done his fair share of utter crap as well I mean there's little beyond the late 80's and the early 90's in his catalog up to the standards of the stuff i mention even the Gone albums he did were bad! So it's 2013 and Greg Ginn is back with a collaboration with Mike Vallelly called Good For You, Now it's been no secret that Vallely has wanted to work with Ginn after replacing Rollins for Black Flag's 2003 Reunion shows as a benefit for cat rescue operations! Back in 2002 Vallely also put together the short lived Mike V & The Rats they did release 2 EP's both scorching retro early 80's hardcore style with MORE than a nod to Black Flag to say the least as Mike V lays down his best Rollins-isms studiously learned over this ragged hardcore! Well worth checking out if you like that kinda thing? (See My Post On Mike V & The Rats HERE ) So I digress......

So Mike Vallely & Greg Ginn here as Good For You in 2013 with album "Life's Too Short Not To Hold A Grudge" LP so is it any good or is it another one of Greg Ginn's prolific turds? well the answers to those questions are YES! and NO! respectively! I first heard this album on Spotify being unable to hear it any other way as it's so far only seen vinyl release and i didn't think much of it it seemed to be a bit droney and skronky and no real groove to it however I misjudged this completely i think i wanted to hate it cos of the people involved and also because i had to listen on Spotify and I hate streaming! So I dismissed it as crap and forgot about it.... However i decided whilst locating the latest Black Flag album recently i decided to have another go at the damn Good For You album while I'm here and as i managed to get a download of it I decided to give it another chance! FUCK I am so glad I did! This is Ginn's finest album since the early 90's! Firstly Mike Vallely is in great voice here and uses it very well to pretty much distill every Black Flag singer's style and use each's style where appropriate as the music shifts tempo and style. (aggressive Ron Reyes/Keith Morris early Black Flag style for the loud parts, Rollins style for the rocking parts you get what I mean) And Ginn's riffing FUCK well firstly while it has got that classic Ginn Dissonance all over it, it's also got the same unashamedly "Rock" feel to the riffs as the "In My Head" / "Loose Nut" Era of Black Flag albeit "Rock" filtered through the brain of Ginn! I personally think if you like the Instrumental and more "chance taking" stuff Black Flag did towards the end and during the Rollins - era then there's a pretty good chance you will like this! Yeah it's really that good even when it shifts uptempo to an almost early hardcore pace whilst it's not as good as the more rocking stuff and sounds just a little trite is still way good enough to not have you reaching for "Skip Track" Whilst it doesn't display the same danger, grime and insanity as Black Flag it still has that familiarity to it and there's quite a few uptempo moments on there that hark back to Ginn's earliest punk guitar thrashing allbeit with a more confident and controlled feel of someone with near 35 years playing under his belt! And another thing how the fuck does he keep coming up with this stuff seeing as how he is 60 in June! And one final note with riffs as good as the ones all over this album WHAT the actual fuck happened with the new Black Flag album?

SO I have waffled long enough I think I need to wrap this up here, All I can say is there's a download here check it out it'll cost you nowt but a bit of your time, If your one of the people who came here for the classic SST stuff then here's 1 new SST release you won't want to miss! 1 Solid fucking album DAMN YOU GINN!!!!!! 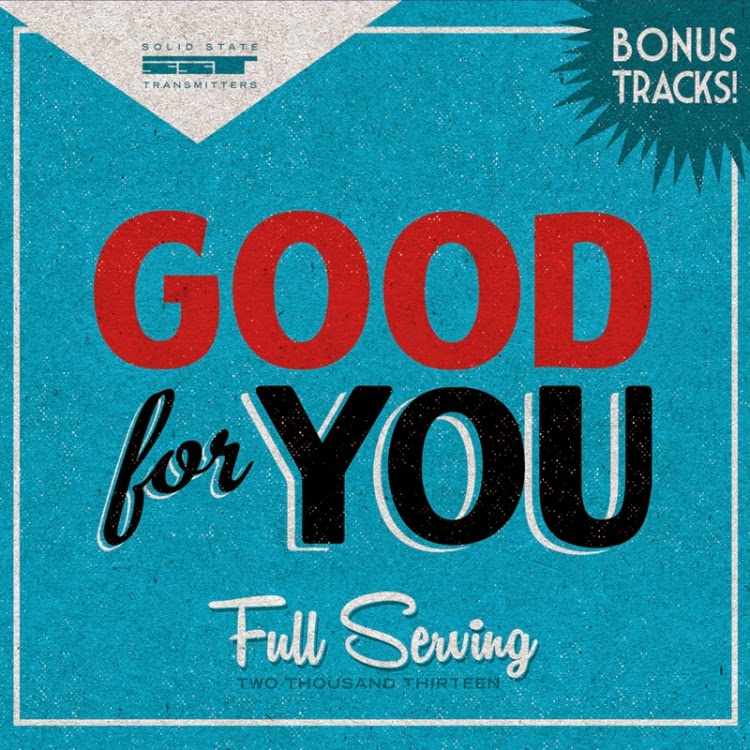 So Don't even ask my how I found out about "Full Serving" (pictured above) I think i was looking for something on Ginn or Vallely or Good For you and found out that Good For You had done a 2nd album "Too!" which was a double album!!!  and as i had loved "Lifes Too Short..." I immediately went looking for "Too!" online as a further double LP of GFY jams was just too good to miss! I had no luck finding a download to "Too!" and resigned myself to the fact that it was one of those SST vinyl releases I'd never het to hear however just as i was about to give up i discovered that SST hand very nicely compiled a Good For you TRIPLE CD entitled "Full Serving"  containing everything they had recorded in 2013,As I am a sucker for bands compiling all their shit into one handy package i of course immediately hit BUY IT NOW and within 2 days I had the set in my grubby little paws!!!

So what you get are the "Lifes Too Short..." Album and "Too!" plus the b-side to their "Fucked Up" Single all re sequenced and mastered for CD over the first 2 discs (Meaning the 34 tracks don't run in the same order as the albums they have been put together in a different running order specifically for this set but as it would appear all the music was recorded in the same place at the same time so there's no jarring differences in sound quality) but it doesn't end there as there is a further 3rd disc containing 6 bonus tracks exclusive to this set making this 40 tracks and some 2 & 1/2 hours of sheer Greg Ginn guitar insanity! If you have read the blurb above I have nothing more to add to my musical descriptions all i can say is that this collection is a close as you are ever gonna get to Black Flag (Rollins - Era) without a time machine! And i for one am more than happy to have 40 tracks of it.

So Here's your updated link i have ripped it at 320kbps as usual and as far as I am aware this is NOT available anywhere else on the internet to download otherwise i wouldn't have had to buy it!!!! Go get yourself some serious CLASSIC SST style goodness I swear if this had been released anytime around 1983 - 1985 it would be held in as high esteem as any other SST release of the time just cos it was recorded some 30 years later doesn't make it any less classic in my mind if only the rest of that era of SST bands could come up with something this good now!ENJOY....