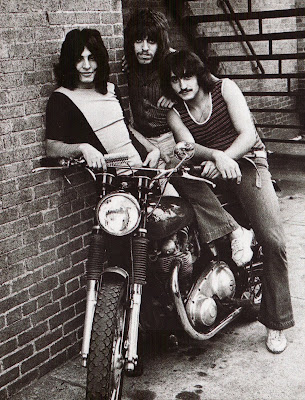 It was during a tradition long since forgotten in these days of the internet that I chanced upon these guys... I was reading the "Thanks" sections on the inner of my Pentagram CD's (See post HERE)
these guys name came up all the time! I dunno what the relationship is maybe they knew each other or maybe Bobby Leibling just loved them? Who knows! But as far as 70's heavy rock goes early Pentagram in the 70's was definitely influenced by these guys.

I had downloaded some Sir Lord Baltimore but as their discography has mostly been unauthorized by the band or bootlegged having been pretty much out of print since it's original vinyl release. So this box set was a godsend compiling their 2 albums for Mercury Records the debut "Kingdom Come" (1970) & 2nd Self Titled (1971) albums along with "III Raw" (2006) which I believe is 2 of the band resuming the Ill-Fated attempt at recording a 3rd album in the 70's? Supposedly all have been remastered for this issue and is released for the first time with the bands approval. Thus I present "The Complete Recordings"

So who are Sir Lord Baltimore ? They were a serious heavy rock power trio from Buffalo New York existing in the very early 70's. Creem magazine's review of their 2nd album "Kingdom Come" is said to be the first known documented use of the term "Heavy Metal"! All of this has to be taken in context of it's time whilst there were maybe a few HUGE bands from the late 60's early 70's who can be considered as the heaviest of bands around for their time such as Deep Purple, Iron Butterfly, Black Sabbath and of course Led Zeppelin! For those there will always be young hungry bands that want to take that infuence and up it a notch and make some seriously heavy and rocking music that get's overlooked or is just maybe ahead of it's time just slightly. I'm really glad labels and people are delving deeper into the 70's underground and discovering these lost gems (That is indeed how Pentagram came to rise to popularity in recent years). To my ears Sir Lord Baltimore to me sound like a lot of the less heavy/doomy acts around labels like Heavy Psych Sounds & RidingEasy records are putting out along with some bands that have rose to a bit of prominence such as Kadavar, However it's that lovely 70's production that really gives it away that this is from back in the day! So in a nutshell Sir Lord Baltimore have big heavy riffs by the bucket load they groove but there's a definite prog influence too, there's also plenty of fist pumping uptempo rockers in there too, of a speed nipping at Motorhead's heels!!  I'm sure if it was 1971 and you were digging Led Zep and Sabbath then something like this would be an utter gem of a discovery. So all in all pretty fucking cool for records 49 & 50 Years old!

So below is a link to the boxset ripped directly from my CD's (If you want to pick up this boxset for yourself it comes as a nice package with a booklet/poster & LP replica sleeves in an outer slipcase for a pretty decent £17.99 direct from the label HERE) But why not try before you buy? I guarantee these guys riffs are so smokin' you'll be back for the buy it link!!! 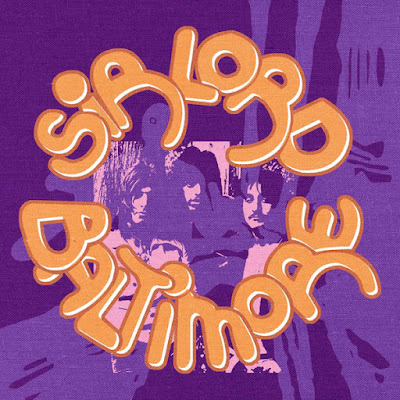