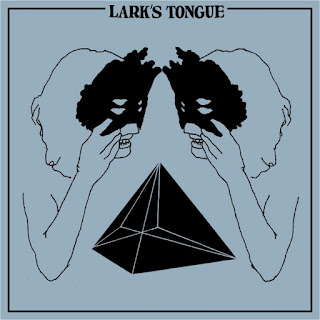 Lark's Tongue are a new band featuring members of post metal titans MINSK  I decided that they were too good not to bring your attention to them properly so Below in the bold type is the description of the band and the music by the band themselves taken from their facebook page......

Lark’s Tongue formed in 2010 of seasoned, like-minded travelers—influenced by everything, but ultimately inspired by the likes of Codeine, Hawkwind, Swervedriver, Earth, The Verve and Slowdive. Hailing from the Midwest, Chris Bennett (Minsk), Jeff Hyde (Minsk), Nate Lucas (Deceased Priest), Jon Wright (juanGoblin) and Andrew Sledd (Men of Fortune) came together to create heavy psychedelic space rock with an emphasis on harmony and narrative. Layers of harmonies sail atop beguiling squalls of guitar, heavy psychedelia as means of expansion, bittersweet; for unlocking this deliberation of tension and release, a sweet chimera of imperial distortion and ethereal subtleties sings of hidden truths to hotwire the established dreamworlds.

Whilst i agree with this slightly abstract description and the influence of the bands mentioned i have to say i have heard NOTHING like Lark's Tongue before there are so many familiar elements, Chiming guitars, Epic Builds, Indie Rock flourishes dramatic keyboard passages but maybe all in one song! They aren't all over the place with different styles they manage to combine all the elements of their influences into a sound that is altogether original whilst has just enough familiar touches to hook you in BIG time, As well as the bands they themselves say are an influence I also hear little touches of, American Analog Set, Queens Of The Stone Age, Low, The most melodic parts of ISIS, some stoner rock, but still not derivative in any way! i just can't say enough good things about this new and REFRESHINGLY original band. They offer all their releases to date free on bandcamp those would be a 7" a Split LP with Across Tundras and a split LP with Men Of Fortune but they also did an amazing 3 track demo CD as well which i've managed to find online so i have packaged you up the complete works to date of Lark's Tongue in one file it's all taken from direct band approved downloads so this file is shit hot quality and along with the great crystal clear production throughout this is 10 tracks and 70 mins that is beyond essential for anyone looking for something really fresh and original.