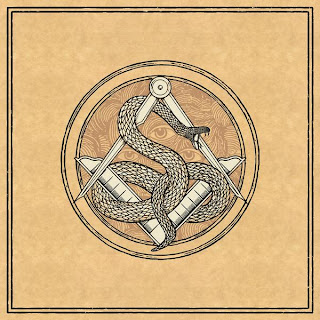 Snowblood were a Scottish Post metal/Post Rock type band who existed from 2002 - 2009 who I know very little about (can you tell when I'm lacking information about bands cos I always start the post in the same way!!) I heard the name somewhere and then when i was ordering something from the awesomely cheap and friendly Super Fi records i discovered that Snowblood were releasing their final Self titled album on the Super Fi label and they were a Scottish band which appealed to me immensley!! and decided to check them out I was not disappointed, after hearing their 3rd and final album I tracked down the first 2 rare and hard to find albums on CD immediatley they are that good!
So I decided to upload their 3 albums for you unfortunately that's all there is from this amazing band so first album "The Human Tragedy" is a fairly short (36 mins) starts as a blistering exercise in Brutally heavy dischordant hardcore however as the album progresses the last 3 songs on the album mix up something not unlike someone like say Slint or Codiene with a dash of  Isis thrown in for the heavier parts beautifully sung almost angelic vocals come to the fore battling against the sheer screaming anguish of their usual vocal styles there is plenty of chug-heavy riffarama throughout the album but it's the mix of these with the quieter more melodic parts and sung vocals that seperated the band from the pack for me! second album "Being & Becoming" is a much longer affair at nearly twice the length of the debut (63 mins) this is where the band start to open up their sound and is my favourite of the 3 albums, again the formula is the same brutally heavy with screamed vocals against angelic vocals and slow melodious parts however on this album the slower more melodious parts tend to be more precvalent than the brutality and it's this use of more of those achingly beautiful vocals and semi acoustic guitars that really draws me to this album if it weren't for the heavier parts here and there this would without a doubt be a purely post-rock album. This is definitely in the same camp as some of the Neurosis/Isis type bands when they started to progress and use more melody and start singing rather than growling  (Think "In The Abscense Of Truth" Era Isis or Red Sparowes with Singing) Don't get me wrong there's enough contrast between the light/heavy sounds and enough howling anguished vocals to keep the most jaded heavy music fan satisfied! So 3rd and Final album "Snowblood" this contains only 4 tracks but clocks in at a hefty 62 minutes! The 2nd and 3rd tracks (all 4 tracks are untitled) almost forgoe the heavy parts altogether favouring the more epic building style 3rd track builds from effected semi acoustic and what sounds like a hammond organ to a wall of chiming dischordant guitar and screaming vocals then eases back down to the merest suggestion of guitar and the organ to the forefront! however 1st and 4th tracks are the opposite and feature little of the building quieter passages and go for a full on wall of utterly sludgy brutal heavy guitar and vocals!
All 3 albums are great (And uploaded from my own CD's at 320kbps of course) This is one fucking jawdropping and amazing band they never fail to make the hairs on the back of my neck stand up and tho there are many heavy bands doing the quiet/loud thing it all seems a bit samey to me but Snowblood stand out majorly from the crowd and were miles ahead of the explosion of all this kinda music! I genuinely think that instead of being influenced by other bands who play the same style of music these guys influences went well beyond the small world of "heavy" music (tho it's undoubtedly part of their sound) the heaviness they create is more reminiscint of the suffocating heaviness of something like early Swans rather than the more macho heavy for heavy's sake of a lot of more metal type bands and i can't tell you how spine meltingly gorgeous the more "epic"/melodic vocalled parts are! I can't say enough good things about this band go check em out as they are really obscure and you can download these and play them to your heavily bearded, bespectacled, trucker cap, rucksack and specs wearing scenester mates and watch their faces fucking drop cos they never got onto this band first (Cos anyone "In The Know" about this type of music I've mentioned them to has never fucking heard of them)!  ENJOY....

Being And Becoming - Mediafire

Actually I have just checked on Discogs and you can actually pick all 3 of their albums used on there from £3 - £6 which is a lot fucking cheaper and easier than it was for me to buy them when I was hunting for them! go get em here if you want the originals....

(if you prefer on vinyl just change the search at the top of the page)
Posted by Dave Ballantyne at Tuesday, April 16, 2013