DEATH (NO NOT THE METAL BAND) 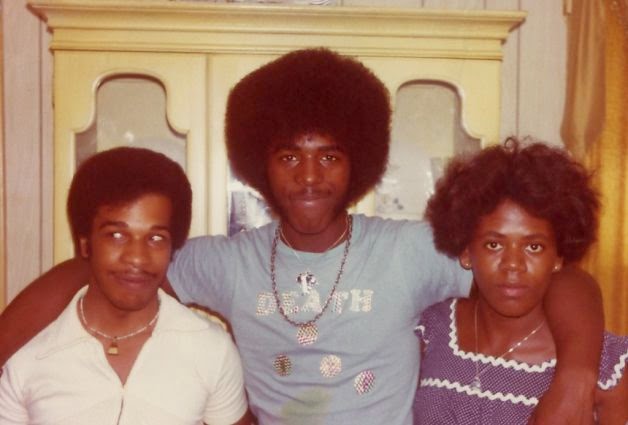 So what can I say about this band that has not already been said recently? Not a damn lot really I generally tend to ignore bands surrounded by a lot of hype and the whole "Before punk there was DEATH" tagline got old fast! Yeah? Really? before punk there was also MC5, Nuggets and oh yeah some of you readers and whatever press people put that kinda shit together may also be familiar with a band by the name of THE STOOGES!!!!! So getting that horseshit aside let us continue....

Were Death punk before punk??? NO! are they a highly talented, original, high powered and just utterly flooring rock 'n' roll band? FUCK yes! I'm not gonna even try to pretend to be one of those who were onto Death long ago in fact not many people who were there in the 70's would have got onto them either having released nothing but one 7" single in 1976 during their original existence and that was limited to 500 copies mainly for promotion and quite a few of them only surfaced upon Death's re-discovery and now command a collectors price of $800 (£480) and upwards! Even though they had an album of material recorded at the same session as the 7" released on Drag City Records in 2009 I failed to get round to them till about 6 days ago but their music had such an impact on me I felt this was something I had to share!

Now before i start I want to say I am not going to get into the full story of Death here because it's a long, fascinating, tragic and finally with the re-issues a redeeming one that is recounted in detail in the documentary "A Band Called Death" and I hoping you guys will, like I did go seek out the film and watch it because it's a great watch it is available on streaming service Netflix but probably also available on whatever equivalent service you have in your country if not well get on google however it is essential that i mention some key points in their history so I WILL alert you to any spoilers from the movie I put in this write up, it's your choice if you choose to read them or not but YOU HAVE BEEN WARNED!!! that being said...

What I will tell you is the basics. Death were 3 Black brothers from Detroit David, Dannis and Bobby Hackney (Guitar, Drums, Bass and Vocals respectively) They formed in 1971 and called it a day in 1977 although they were REALLY talented and great songwriters unfortunately their name was always a hindrance it may seem like nothing now but can you imagine the impact of calling your band DEATH in the early 70's some 40 years ago? There is a solid and interesting concept behind the name but I will leave that for the movie to explain, But in usual under the surface style I will go into what you're getting here...

First Up we have what should have been Death's debut album recorded in 1975 but not released till 2009 "...For The Whole World To See" this is the session that the self released 7" was taken from what you get are 7 tracks of high energy premium Rock 'N' Roll. The first thing I thought of when i heard these guys was the Australian band Radio Birdman who's Stooges influenced rock would come along a couple of years later in 1977 but seeing as no one had heard Death in the states it's highly unlikely a small garage band from half the world away would have so any similarity is purely coincidental and just down to my ears! What is immediately apparent is the sheer talent of these musicians there's hot rock licks aplenty backed by a watertight rhythm section and topped by Bobby's great Hendrix/Arthur Lee-esque vocals! As opposed to the whole "Punk" thing what i hear is 3 young talented guys highly influenced by the great rock music of their time things like Hendrix,The Who etc etc however these guys have infused it with the spirit and energy of their youth and come up with their own take on that sound and it's unlike any other rock music from that era you have ever heard! Also it's not all full on rocking there's some great more melodic parts in there too, again showcasing the talent of these guys.The fact that this sounds so fresh and original at this late stage since it's recording is a real testament to their songwriting talents.

So by now you should have a fairly decent idea of what they sound like so next up we have a further collection of what sounds to me like home/demo recordings called "Spiritual | Mental | Physical" this contains a further 8 Death originals plus 2 "solo" tracks at the end of Bobby jamming on the bass and Dannis drumming. Whilst the 8 songs on here still showcase the talent and brilliance of this band the quality is, like home recordings always are, a bit lacking and you can also tell that these are songs either being worked on or in their most primitive form. Whilst it's still great and worth listening to and really the quality is VERY good i still feel that maybe smacks a little of just trying to satisfy demand for a band who recorded very little a long time ago. Not the most essential of the 3 albums here but if you like Death then you definitely need this as even in their raw form these songs are GREAT.

And finally we have the last piece of the Death puzzle just released this year a further 9 tracks from the vaults released under the title "III" now whilst this album is a great listen these 9 tracks would appear to have been sourced from a few different sessions there's an opening guitar introduction from David that sounds home recorded, followed by 4 great originals which are as good as anything on "....For The Whole World To See" However from track 5 things change a little you get "Free" which is just David strumming guitar and some minimal vocals from Bobby over the top and feels more like a jam than a finished piece, nice as the track is, next track "Yes He's Coming" is a pretty decent mellow little number which sounds like it may have come from the same era as the home recordings on ""Spiritual | Mental | Physical" then there's the gentle strumming of instrumental "First Snowfall In Detroit" which i think may well be a home recording of David Hackney alone as there doesn't appear to be much else but strumming on there again nice little number but not quite essential and finishing the album we have "We're Gonna Make It" which was actually released by David Hackney under the name Rough Francis (which is also the name of the punk band formed by the Hackney brothers sons to promote the music of Death after their rediscovery and subsequently became a band in their own right) However it merits inclusion on the album because David enlisted his brothers Dannis and Bobby to back him on this recording so strictly speaking it could be said this is a Death song as it features all 3 original members of the band however it's quite a treacly number which puts me in mind of the faux psychedelic paisley patterned bands of the 60's complete with  horns etc. Once you watch the movie you will understand the importance of the song but even though it reunited the brothers in the studio once again it's not really a Death song and lacks the power and impact of Death's other material and personally I would have left it off of this collection.

The story doesn't end there.. Firstly I do not want to spoiler the movie for you here so if you don't wish to be spoilered  please do not read the next asterisked paragraph ok.....

So the reunited Death after playing some shows together and recording 2 tracks for a Daytrotter Session (which i have given you below) went back into the studio and the first fruits of this are the double header single "Relief / Story Of The World" recorded and released last year (2013) now you would think that some 40 years later there would be no point to this and it would be a little sad given the members age etc and would lack the fire of the original youthful band? Hell NO if anything this new single whilst retaining their original sound is just as rocking and intense as anything from the original 70's era of the band both songs are utterly phenomenal and would not be out of place on any of the 3 collections here it even has the sound of the original band nailed and is more like "the next day" than 40 years having gone past! Word has it that a full new Death album is being worked on and i for one cannot wait to hear it!

So there you go the complete works so far of a band called DEATH I have far ranging tastes and I've heard a lot of rock and garage etc from the era of their original recordings and whilst there has been 40 years of musical history since this band first picked up their instruments I cannot stress enough that this band are beyond "stand out" these are a stand alone band that are as shockingly good to hear now as they would have been in the early 70's I just feel so sorry for them that their name held them back because these guys should have been huge and if only they could've brought themselves to agree on changing it would be a household name for rock fans of all ages and eras! As it is it's our great fortune that the vision and conviction of David Hackney led him to preserve the master tapes of this bands material and we have at least got to hear it now! to end this piece I will give you a quote from David Hackney.... *(SPOILER ALERT)* When handing over the tapes to his brother in the late 90's he said "Look after these because one day the worlds gonna come looking for them" The world did and we are all the better for having them! Go check these guys out because like me anyone with an ounce of musical taste will be picking their jaw up off the floor after hearing how staggeringly great this band were/are! 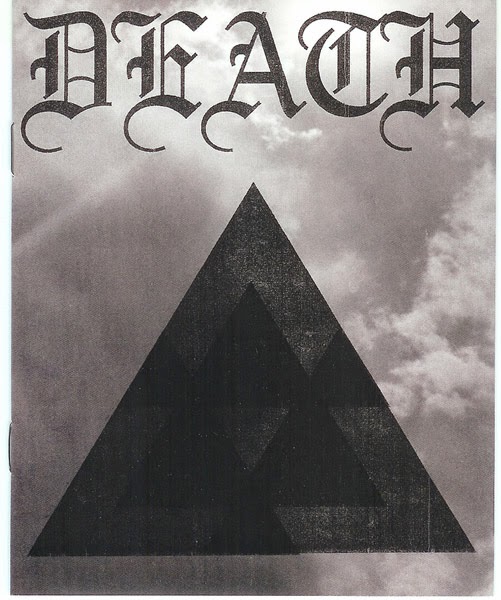 ....For The Whole World To See - Mediafire

Relief/Story Of The World - Mediafire