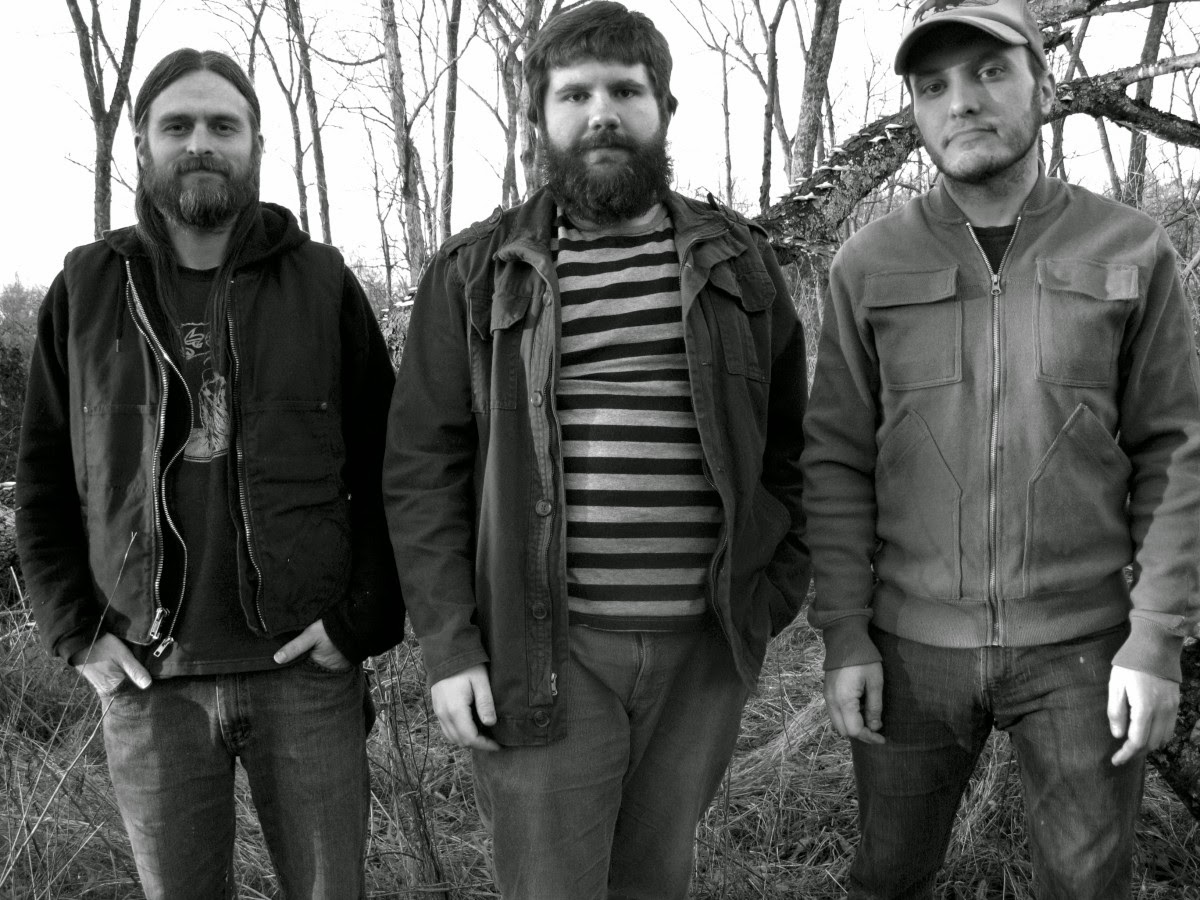 Across Tundras are band I've been into for about 4 years I was a bit late to the party with these guys they had been around 5 years before I got onto them and I don't even remember how i found them now! Tanner (T.G.) Olson : Guitar & Vocals was originally a member of a math/noise metal band called Examination Of The.... but has been doing Across Tundras now since 2005 and solo material since 2011 and boy are both sides of this guy prolific.

Across Tundras are a strange beast, hailing from Nashville TN whilst you could call what they do "metal" there's by far a huge influence from their homegrown musical traditions and historical traditional influences as well as plenty of elements of Blues,Psychedelia and Americana and to wrap all this up in a sound which is essentially "rock/metal" based is a serious testament to the talents of T.G. Olson.

Across Tundras have done 7 official albums 2 EP's 4 x album length collections of demos & outtakes a split 7" and a split album! all of which are GREAT! As there is gonna be a mega post of music I am not breaking down the albums individually here I will say if you like your metal with a little bit more individuality and talent and you like the sound of my description above you need all of this but my personal favourites are the "Old World Wanderer" album and latest albums "Sage" and "Electric Relics" are also favourites but there is nothing that i don't like by this band.

So not only being a great band they are very generous as well you can download their entire discography from bandcamp except for their 2010 demo's and outakes collection " Moonshinin' " which i have kindly uploaded to mediafire for you. they are all free/pay what you want on bandcamp just click download and put "0" in the box to get it free if you wish to pay a little something then that's up to you I have bought everything on CD my conscience is clear ha ha! I'm not a fan of "pay" downloads but the quality of music here is high and as AT are not some HUGE metal band with big label backing I'm sure throwing them whatever you can afford would be appreciated.
So here's the discography i have linked you directly to the individual pages for each release rather than just to the main page so you can pick and choose what you want...

Dark Songs Of The Prairie - Bandcamp

So there you go the complete Across Tundras discography listed in chronological order you will also find that the "demos and outtakes" tag is a little misleading i mention this cos these collections do contain demos but generally they are all worth having as most have a full albums worth of non album material on there as well as i said this band are prolific but believe me the quality of the music doesn't suffer because of it.

So Moving on as i said at the beginning Across Tundras main man T.G. Olson has had a busy solo side to his work so moving on..... 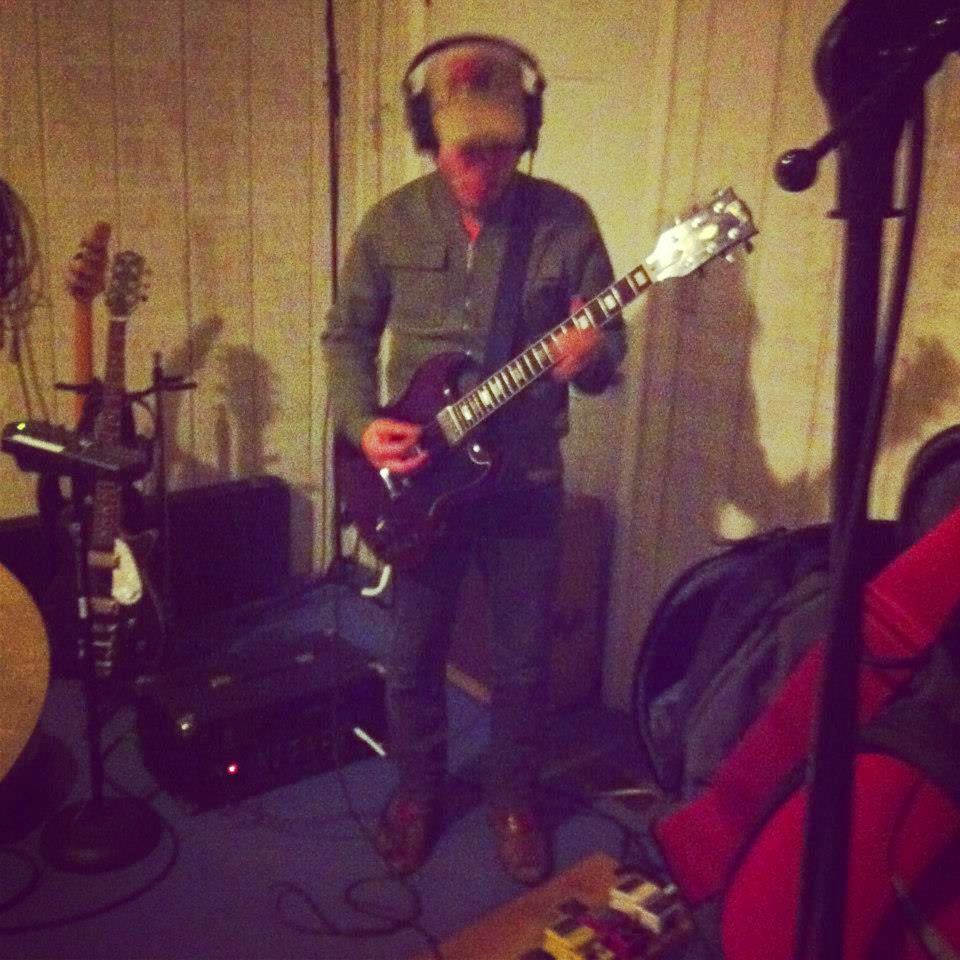 So T.G. Olson has 2 sides to his solo work there is the ethereal solo americana/acoustic vocal releases then there are his more experimental guitar/drone releases I am going to look them individually as while there is some common ground between them i find the former far more appealing than the latter however both are aspects of the man's music and deserve looking at.

So first solo offering "Muddy Water Dredge Company" appeared in 2011 and i found it a bit hard to get into at first but after a while i really began to enjoy his ethereal and dark take on americana/country styled music and if you are a fan of Across Tundras and don't mind their more sedate moments then i definitely recommend any of his solo work to you! however there have been 5 solo albums as well as 5 x 2 track singles (4 of which are compiled on the "Colt .45 singles" release linked below) and although they are digital only i suspect that's a nod to the old days of Nashville music when the 2 track 7" single was king! He states that all music is created with "Acoustic Guitar, Vocals, Bowed Slide Guitar, Drums, Bass, Electric Tremolo Guitar" and the sounds and effects he gets are pretty damn good!The "Ramble Hill Sessions" contains cover versions of Bob Dylan, Townes Van Zandt, The Rolling Stones and more showing a hefty nod to his influences and obviously the "Songs Of Woody Guthrie" speaks for itself the rest are pretty much all original compositions. There's not a lot more can be said it's one guy and guitar if you like that sort of thing then this is for you if not stick to Across tundras!! I would definitely say fans of the more alternative country music such as Magnolia Electric company and Bonnie Prince Billie/Palace Brothers would definitely enjoy this but don't rule this material out because it's not "Rock" based this is some real heartfelt passionate solo music that deserves a listen.

The Badlands To Cross - Bandcamp

So lastly we have the more experimental side of his solo material and whilst being a fan of his work it's around this point i wish he would employ more restraint and a bit of self editing but in the interest of fairness we'll take a look at the concepts etc behind this more experimental material. First up was the "The Blown 6L6 String Quartet" which is more of an EP than an album clocking in at only 3 tracks in 26 minutes this is all guitar drone stated as...

" improvised and recorded live by T.G. Olson @ Ramble Hill Farm in December of 2012. The recording process utilized 4 tracks of 6 string acoustic and electric guitars, a blown 6L6 tube, harmonica, and a teapot"

doesn't get more experimental than that!! the sounds he gets are enjoyable but personally i find this sort of thing a little boring more atmospheric background music than  something you could give your full attention to. same would go for the absolutely mammoth set "The Complete Blood Meridian For Electric Drone Guitar" whilst the intention behind this release was a solid and interesting concept i find that 24 mostly lengthy pieces clocking in at 4 hrs 10 minutes is a bit much for anyone to take (it was also released as a handmade 6 x CDR box set) here's what the man himself has to say i thought although i don't like it that much it is not unlistenable but i find his commitment and the concept to be a worthy one....

"Blood Meridian For Electric Drone Guitar" - an acid western musical interpretation of Cormac McCarthy's violent masterpiece, set to improvised electric guitar drone and other analog sources of sound. Improvised, played, and recorded completely live by T.G. Olson at Ramble Hill Farm - Goodlettsville, TN 2012-2013. Not a mere "inspired by" set of songs. Armed with novel in one hand and droning guitar in the other to lay the groundwork of the tracks, page by page and sustained note by note. Defleshed out with ghostly field recordings of coyotes, rattle snakes, gunshots, crackling fires and other unique audio representations of actual events happening in each chapter. This epic sound recording follows every massive landscape and every bit of dirt and grime and every senseless murderous act in the name of Westward expansion that is found in the actual pages. The infinitely vicious circle of life. No glorification. The pure revelations of knowing we may amend"

So there you go reading the paragraph above made me want to go listen to it so perhaps you will give it a chance i do have it in my files but i know i have never listened to it all! Lastly we have "Sonata For The Outlander & Dark Sign Loner" a single track 44 minutes long in a similar vein to both the above releases this time all recorded live no overdubs and no further description required!

So that's it a complete look at the work of Across Tundras & T.G. Olson. If you have never heard Across Tundras I would definitely say they are one of the most unique bands around playing "Heavy" music their sound whilst bearing many familiar hallmarks of the metal/rock sound transcends that by utilizing many sounds and influences that are not, it evokes an atmosphere and a uniqueness that is missing from a lot of the more "unusual" post whatever metal type music around and the fact they have been consistently great over a large amount of releases is again something that many bands with prolific releases lack. Same goes for his solo stuff whilst singer/songwriter type music is  vast field and has been for decades T.G. Olson has a style that is all his own and again like his band has influences that give him a sound that is familiar and enjoyable but just has that little something extra to lift it above the crowd. I have been listening to a lot of the A.T./T.G. stuff over the past few days which is why i decided to do the post hope some of you will be open minded enough to check out some of this stunning music especially since the artist himself who has poured his heart,soul and talent into this music is happily giving it away free should be an indication of how great this music is and not an indication that it's not of great worth and I hope enjoy it as much as i do.
Posted by Dave Ballantyne at Thursday, June 26, 2014