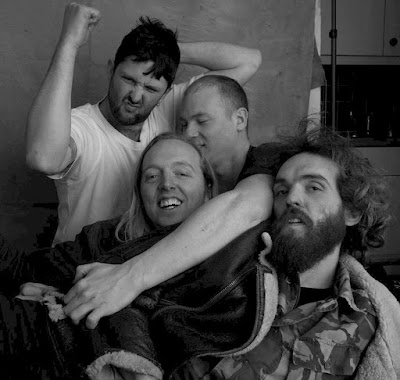 In 2014 I received a message about an upcoming local (Liverpool) gig featuring Portuguese heavy psych band Black Bombaim, who I strongly recommend you check out, Local instrumental stoner/psych masters Mind Mountain (now long broke up sadly) but the opening band was  a London band called Henge. These guys were unknown to me, so I checked out their bandcamp page and they had a 4 track demo available to download free, so I downloaded it and I was shocked by how utterly GREAT this band were.... 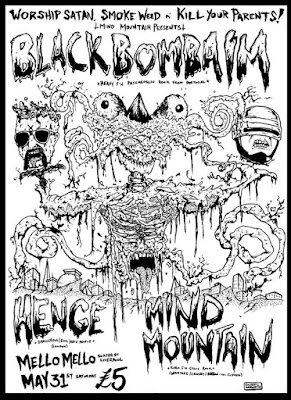 (Flyer for the Henge gig In Liverpool)

I had listened to the Henge deo MANY times after downloading, it was one of my favourite listens after I got it, but I found it hard to categorise them as to my mind they have a pretty damn original sound, they are sorta slow to mid paced with a really dirty fuzzy guitar sound and a nice deep clean bass (switching to distorted in the right places) providing a great bottom end and whilst these traits would seem to be fairly common, the riffs and song structures are most definitely not! What I also like about this band is that their singer has a unique vocal style which reeks of tortured anguish and  "don't give a fuck" but not in the punk/metal/thrash sense of screaming and shouting about it you can easily understand what he is singing about! And the combination of all these elements is a truly great one! 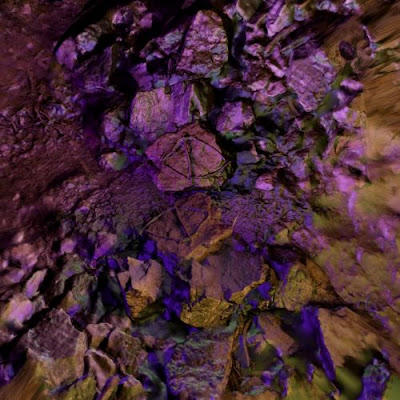 So I went to the gig and they were utterly fantastic, I have no idea how long they had been going in 2014 but they were strikingly self assured, tight, loud and captivating! So I continued to drop in to their page now and again but they kinda seemed to drop off the radar a bit, but in 2015 I got a notification from God Unknown records (The label they are on and home to many great artist you can check out their bandcamp page and listen to their stable of great bands HERE) That these guys were about to drop their debut album (at 28 mins more of a mini album really) I was very pleased to hear they were still around and were actually gonna release something new as I had pretty much worn out the demo (Though at least 2 of the demo tracks are re-recorded for the album along with some of the riffs/ideas from the other 2 redone into new songs) The debut "Henge" is Fantastic. What's great about these guys is, whilst there's a lot of familiar elements they use them in a way that's unique to them, sure some of the riffs could be called "doomy"but they don't sound like a doom band,where doom  bands tend to attempt to invoke a sense of almost "gothic" misery, Henge use their doomy sound to convey despair, frustration and anguish, also what makes Henge appeal to me is their sound is dirty and scuzzy the guitar and bass create a heavy sound but are distorted in an almost psychedelic way but far too heavy to fall into the whooshing swirls of sound category. The drums are like slow motion Krautrock, having a metronomic feel to it but at half the pace and they sure do pound through the sound with a heavy THUNK! This band have a proper despairing feel to them the songs feel like they are coming from a sense of desperation, but instead of being intense and uptight about it it feels more like these guys have resigned themselves to their fates and have decided to form a band to play songs about it! I don't know why, but whenever I listen to Henge I get images of bad road movies and obscure biker films in my head! I don't know if that was their intention but I could imagine this imagery being evoked to me would no doubt please these guys immensely! The album is not without it's mellower moments "Time outside" tempering the scuzz and dirt a little for a slightly sunnier groove that reminds me of a nastier version of Kyuss though not without a fuzztastic feedback ending! So having played the Henge album to death for a while, I moved onto other things and heard nothing more about this fantastic band, no tours or gig announcements, nothing.I noted another band called Henge were rising to prominence and I wondered if maybe they had changed their name or perhaps lack of interest had made them decide to call it a day, I was wrong... 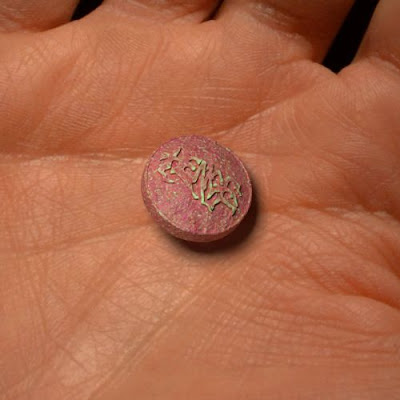 Last year some 4 years since their debut album I got notified again from God Unknown (not from Henge they seem to be masters of NOT promoting their band ha ha fit's their misanthropic attitude perfectly!) Henge had a new album coming out! I was pretty damn shocked.A complete lack of activity from the band then boom, a new album. "Nothing Head" was released in March last year and if you have seen my "2019 top 10 post (HERE) you will see it placed highly! Opening your album with a 7 minute psychedelic instrumental is a brave thing to do! You have to rely on the listener to persevere for me this was no issue, I love these guys, any scrap of new material was gonna be great! What is immediately apparent is Henge have progressed massively, whilst not sacrificing any of the elements that made them great, they have created a more dynamic sound that, whilst maybe a little more subdued than previous releases is none the less engaging! Whilst the heaviness and anguish is still there it's been given a far more psychedelic edge and reminds me a lot of US Christmas (I'd love to do a post on this band but unfortunately their material is heavily regulated and I will get shut down go do a search for "Eat The Low Dogs" album on Youtube) There's a new more "tempered" edge here but it's Henge this is bad trip psychedelia! Not that it's unpleasant to listen to it's just not "trippy" There's still scuzz and dirty guitars and heavy riffing by the bucketload there's no radical departures here just a better grasp of songwriting and dynamics, which, let's face it ,after 5 years since last releasing anything if there was no progression then there';d be something wrong. Henge have matured massively and it shows this album is confident tight and well played and in some cases I hear hints of "melody" though I may be mistaken! It's still a noisy beast and no mistakes all the elements are there they are just played better and given some rnew fresh touches that are welcome and definitely have taken Henge to another level of utter brilliance!

These guys have been hard to describe I hope I've managed? If you want the shorter version if your tired of the same old doom & stoner bands with the same "warm" fuzz guitar/vintage amp 3rd rate Ozzy impersonator on vocals, then maybe give Henge a try? I have given you both albums as the first album is 5 years old, the second over a year old now, and as both are only available on vinyl  I hope I am furthering some vinyl purchases here and not harming the bands revenue? I have also given you the demo as it appears to have been taken off bandcamp and I guess is no longer available anywhere but here? Henge are by far and away NOT a stoner or doom band, but I can imagine anyone who loves that sort of music will find the heavy scuzz of Henge an absolute pleasure! 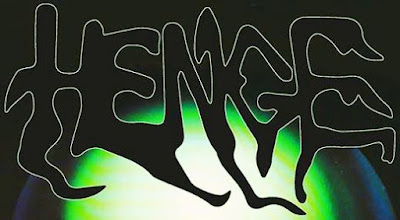