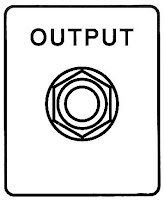 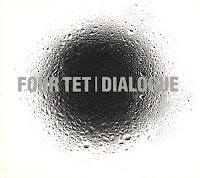 So back in the late 90's I started getting into a lot of music that is usually described as "Post Rock" if you don't understand the term bands as different as Tortoise, Shellac & Neurosis have all been tagged as Post Rock which apart from applying to Tortoise I would disagree with most well known exponents of the style would probably be Godspeed You Black Emperor but those guys are way out in a class of their own!! to me it is basically mellow mainly instrumental, slightly experimental music with a vast range of influences played by guys who really fucking know how to play but ain't showy about it (really know how to play as in the way say John Mclaughlin really knows how to play not Eddie Van Halen!!!) anyway one of the first "Post Rock" bands i discovered were a little known band from the Manchester area called Fridge, however one of the members of Fridge (drummer Adrian Hebden) achieved much more success from what was originally his Fridge side project Four Tet. I'm sure that name will be quite familiar to most? But, before he became quite successful with his Four Tet releases on Domino records home of "cool alternative" in the UK he had a few releases on now defunct and sadly missed label Output records run by Trevor Jackson (best known for his 90's remix work as The Underdog and later for his Pop outfit Playground) anyway I think the stuff Four Tet did on Output was by far their best and Output now being out of business those early Four Tet releases are mostly out of print, tho it is mostly cheap to buy Output stuff, due to the reputation of Kieran Hebden for Four Tet and by association Fridge both projects releases are usually at the higher end of the price scale, so I decided that maybe some people would like to check out Four Tet's pre Domino work if you were maybe unaware he had a fairly established career with Four Tet pre-Domino? So I've compiled all his Ouput work for you,In the first file is his debut 7" as 4T Recordings, the "Thirtysixtwentyfive" EP (which was released as a 3-sided dbl 12" and on CD the clue to this lengthy track is in it's title!) and the Glasshead/Calamine 12" I've also seperately uploaded the CD version of his Debut album on Output "Dialogue" which contains the 3 extra tracks that appeared on the "Misnomer" 12" so these 2 links/files neatly round up everything Four Tet did on Output before moving to Domino records and progressing away from the Post Rock type stuff and heading more into an electronic/dance style (albeit with his own quirky take on it). My favourite of these records by far is the "thirtysixtwentyfive" EP it's mellow almost jazz like style is a pure pleasure to listen to and is over before you realise it's been on over half an hr! Anyway check it out see what you think if you're unfamiliar with Four Tet I suppose I would recommend this as a good place to start tho I would think probably his Domino stuff is obviously more popular and maybe more accessible. Also I would recommend you go to the discogs Output Records page here.....

....If you're into something different and interesting music wise theres a lot of good stuff on the label and it's certainly eclectic! I definitely recommend the DK7 album "Disarmed" and Dead Combo : Dead Combo album the former were doing similar things to Underworld but with much more "mood" and not quite so "Club-Friendly" the latter are like early Suicide on steroids crossed with the Gnarliest parts of Death In Vegas!!! or alternatively pick up one of the 4 Output comps titled Channel 1-4 or the "I Hate Music" comp boxset and work you're way from there as Output has been out of action since 2006 you can pick up everything I've mentioned used on amazon for literally pennies like i said it's only Four tet and Fridge that hit the higher end of the price scale! If i remember correctly i think i picked up all 4 of the Channel 1-4 comps for a good bit less than £10 including postage the Dead Combo album cost me about £1.50 (Inc Postage!) there's a wealth of great stuff at lunch money prices kids go get it! anyway heres your Four Tet Links....