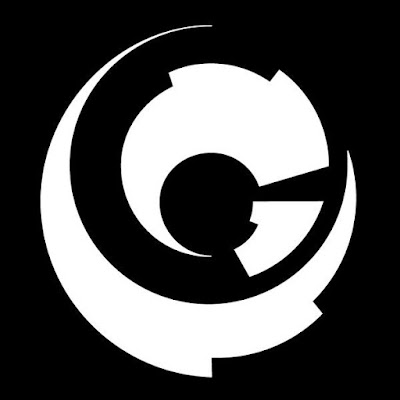 As some of you may remember from my posts on Aphex Twin I am a bit of a fan of electronic music. / IDM / Electronica whatever you want to call it, in the interim since I have been avoiding the blog I have been getting into a lot of  it and have been investigating a lot of artists who, whilst having been around a LONG time I never had the opportunity to check out. One of these artists is Gescom. I knew of Gescom back in the 90's as I lived in their hometown of Manchester which is also the home of their label Skam. I don't recall ever having seen any Gescom records for sale anywhere, I can only assume that with their connection to the kings of geek electronica Autechre that they were simply not available or sold out very quick! However I decided it was long overdue to get onto them so I did I managed to download their entire discography as well as purchase some bits on CD. I was absolutely gutted that I hadn't got to them sooner (but not as gutted as I was when i found out 90% of their output is vinyl!) Gescom play an almost industrial style of electronic music when I say industrial I don't mean industrial music I mean the music is very machine like deep clanks and pulsating repetitive rhythms pretty much defining their sound.Whilst I am saying that Gescom have an "Industrial" sound don't think this is all Sturm und Drang there are some absolutely gorgeous pieces in here too, take the sublime waves and bleeps of "Five" from their debut EP or "Mag" from their 2nd EP which has a fantastic hip hop-esque flavour to name just two really they are quite a varied outfit they just happen to have some very dark machine like flourishes!

As has become par for the course with the blog these days here's a potted history nicked from the web....

"The project name is an abbreviation of "Gestalt Communications". Beginning its activities in the early nineties, the Gescom collective has released material on Clear, Leaf, Chocolate Industries, SKAM, Warp, Worm Interface, and Source labels.

Incorrectly perceived as simply an Autechre side-project, Gescom in fact exists as a platform for a number of aligned artists to work in various different combinations, whilst remaining otherwise-anonymous. Personnel in Gescom has varied from release to release and even track to track. Quote from the Autechre FAQ: "Actually the whole Gescom crew consists of almost 20 people. Sean Booth calls it an 'umbrella-project'."

Whilst having both Rob Brown & Sean Booth of Autechre at it's core this as has been said Gescom is not simply an "Autechre Side project" (If by now you are baffled by who Autechre are and I'd be surprised if you were reading this post if you were, then here's a link to wiki for you if you are the curious type like me Autechre Wiki )

I originally got into Electronic music due to it's being really good music to chill out to with a spliff! but, as I've gotten older I have realised that you can enjoy the full benefits of this kind of music without being stoned! I'm not the best at describing this sorta stuff I dunno how to describe a digital sound or have enough about me to say they use (insert complex technology here) either, all I know is I listen to a lot of electronic music and I think I have discerned what's the best of it and Gescom are definitely in that category

OK bit of explaining here this file basically rounds up all the Gescom tracks from various compilation EP's & Albums that do not appear on any of the EP's above, including but not limited to (because I can't remember every release I sourced them all from) "0161" , "Skampler" , "Invisible Soundtracks Volume One" "Alt Frequencies" and I think a couple from the series of "Mask" 12" Comps on Skam. There's 13 tracks in total and nearly 80 minutes of music so basically a double albums worth of stuff! I have arranged it in chronological order as best I can.

So lastly we come to what for me is the turd in the otherwise sparkling swimming pool that is Gescom....

This was originally released on Minidisc only in 1998 but was reissued on CD in 2006 basically it contains 88 tracks, ranging from a few seconds to a minute or two at longest mostly electronic farts, beeps, noises whooshes and contains NO discernible songs really I don't know what purpose it serves is it a template for making your own music is it a pisstake on the obsessive nature of electronic music fans? who knows for me it's a worthless effort and is included here only for completions sake DO NOT download it if you are expecting music of the quality of everything else here!

So that's about it as I just want to say that pretty much everything here is sourced from the best quality downloads the majority is from FLAC vinyl rips I converted to 320KBPS (NO I do not still have the FLAC files before you ask they take up too much room and it took me about 8 hrs to upload this post!) and having listened to all of this a LOT I can assure you there is nothing here that will distract from this amazing music save the very faintest of crackle between songs if you listen hard! Anything that is available on CD has been sourced from CD or taken from my own CD's. I already said I lack the descriptive terms to describe electronic music, I just know what I like and I like Gescom! I am hoping this post will be a nicely organised way in for the curious or a good place for fans to find some missing pieces from their Gescom collection so that being said I shall leave it at that and you can go check out some brilliant music from some of the top minds in the electronic field. I may or may not consider doing a post on Autechre one day it'd be a mammoth task so don't ask it'll happen or it won't!